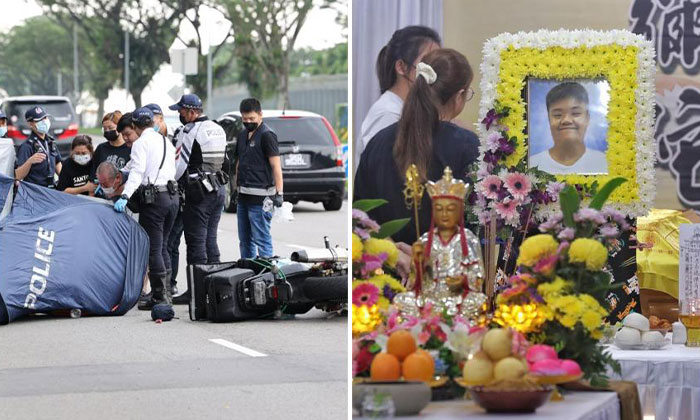 Mr Jason Tan woke up late on Sunday (April 10), so his wife told him not to go to work that day.

But Mr Tan, a food delivery rider and soon-to-be father, was hoping to earn an incentive offered to riders and needed to fulfil just 13 more orders to obtain it.

While out fulfilling orders, however, the 24-year-old was involved in an accident in Gambas Avenue, and died.

The police told The Straits Times that they were alerted to the accident involving a van and two motorcycles at about 1pm.

Mr Tan, who was on a motorcycle, was pronounced dead at the scene by a Singapore Civil Defence Force paramedic, while the other motorcyclist - a 20-year-old man - was taken to hospital.

Mr Jason Tan's brother, Mr Jeremy Tan, 33, told ST on Monday that his family was very shocked by the sudden death of his brother, who was going to be a father in a few months' time.

Speaking at his brother's wake in Woodlands, Mr Jeremy Tan, a property agent, said: "Usually if his wife is not working on the weekend, my brother would take a day off as well. She also told him since he had woken up at 9am instead of 7am, that he might as well not go.

"But because of the incentive, he decided to go. He has a kid coming soon and (he thought) if he had extra (money) it would be good. Nobody wants to have a kid and not be able to provide for them."

According to Mr Jeremy Tan, Mr Jason Tan and his wife, who is about three months pregnant, had planned to visit a pasar malam in Ang Mo Kio on Sunday before coming home to play mahjong.

The couple lived in Woodlands with Mr Tan's parents and his two siblings.

They had known each other since they were classmates in Fuchun Primary School and were together for about six years.

They were married on March 5, at a wedding attended by about 100 people at HomeTeamNS Bukit Batok. 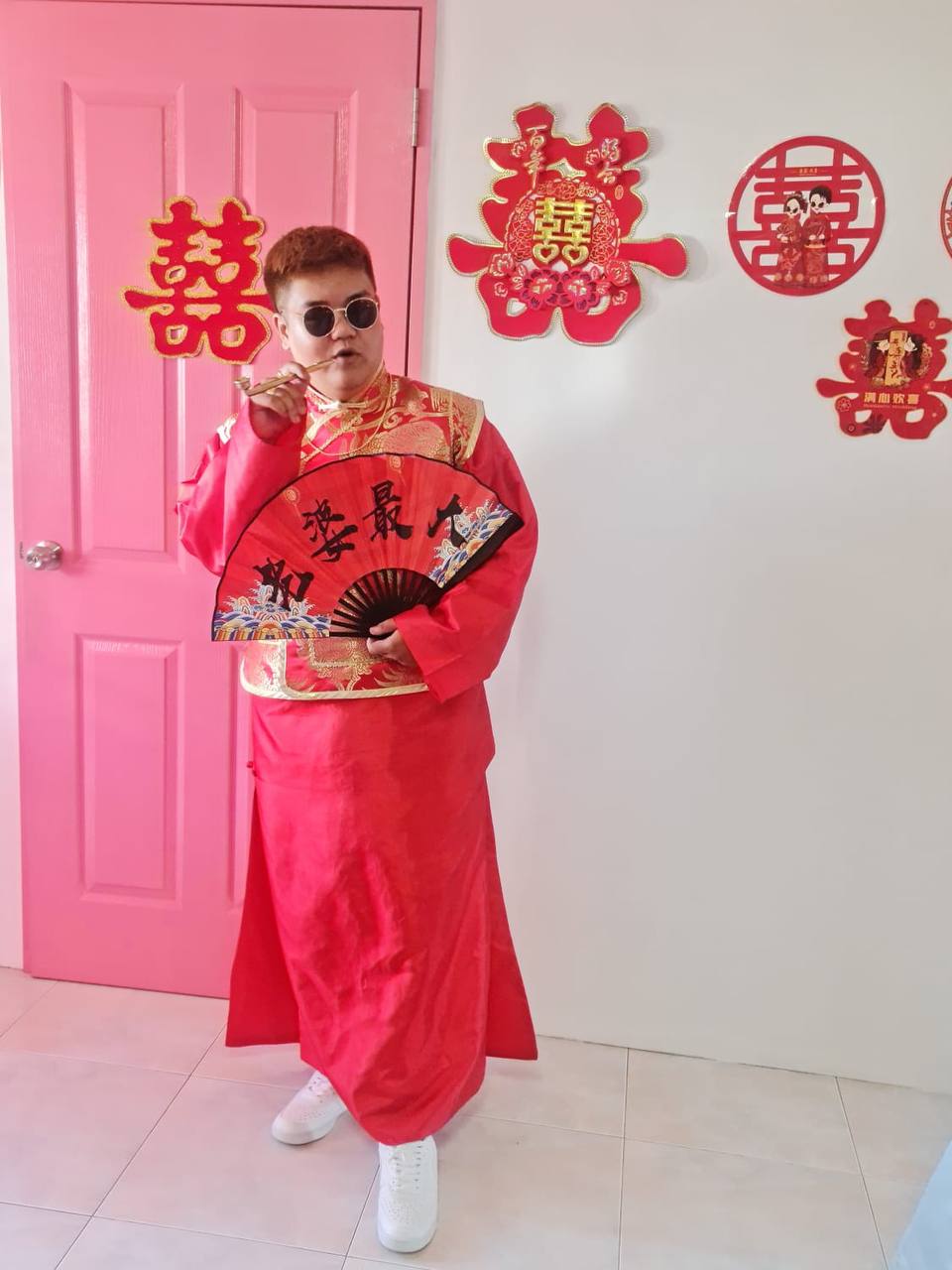 His parents, who are in their 60s, have also been inconsolable. They had been planning to go on a cruise in June with their son and daughter-in-law that was meant to be a honeymoon for the young couple.

Mr Jason Tan was their youngest child and the favourite. His child will be their first grandchild. 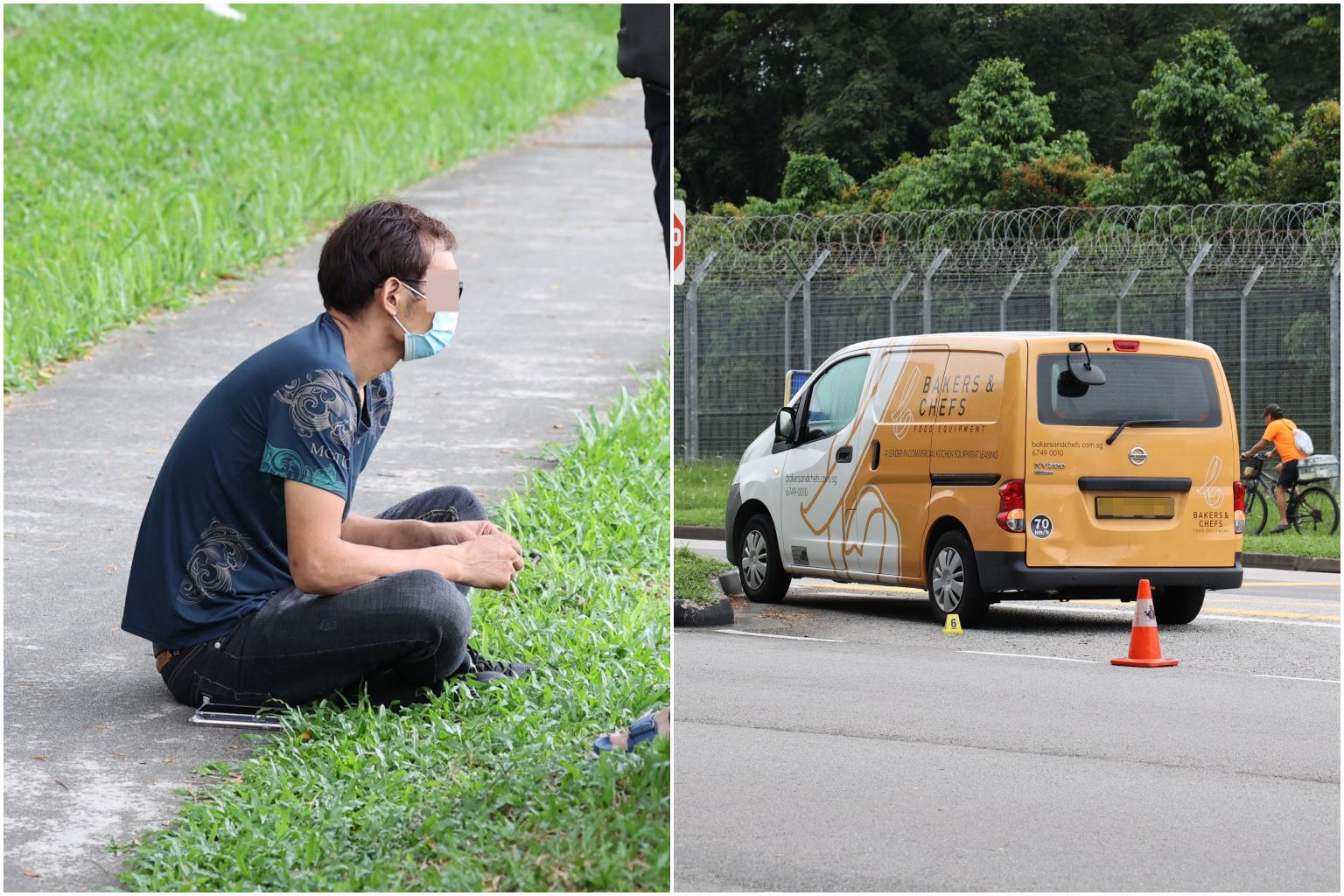 Mr Jeremy Tan said the close-knit family would get together on the weekends to play mahjong, their favourite pastime.

He added: "My brother always brought the most happiness to the family and would always make us laugh. He would come into the room and do some funny poses. All his friends say that too."

Mr Jeremy Tan said his brother had been working as a full-time food delivery rider with Foodpanda for a few years and that he and his wife were looking to buy their own place in the next two or three years. 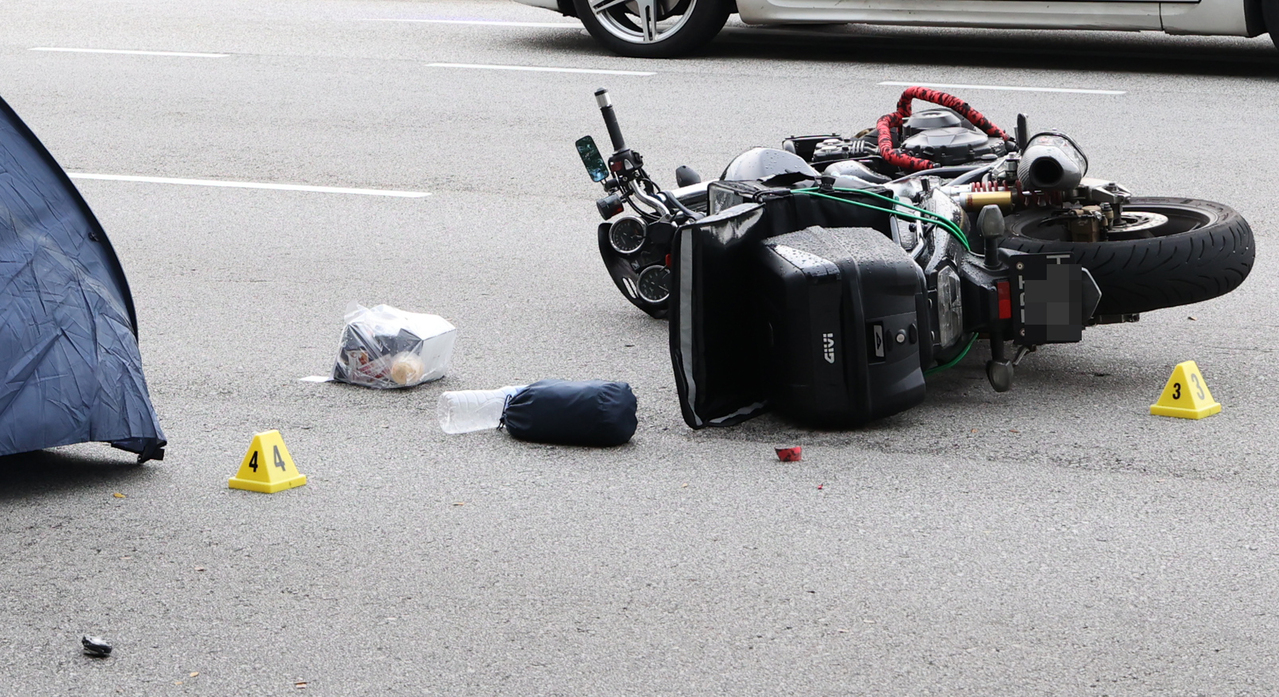 The police were alerted about the accident involving a van and two motorcycles at about 1pm on April 10, 2022. PHOTO: SHIN MIN DAILY NEWS 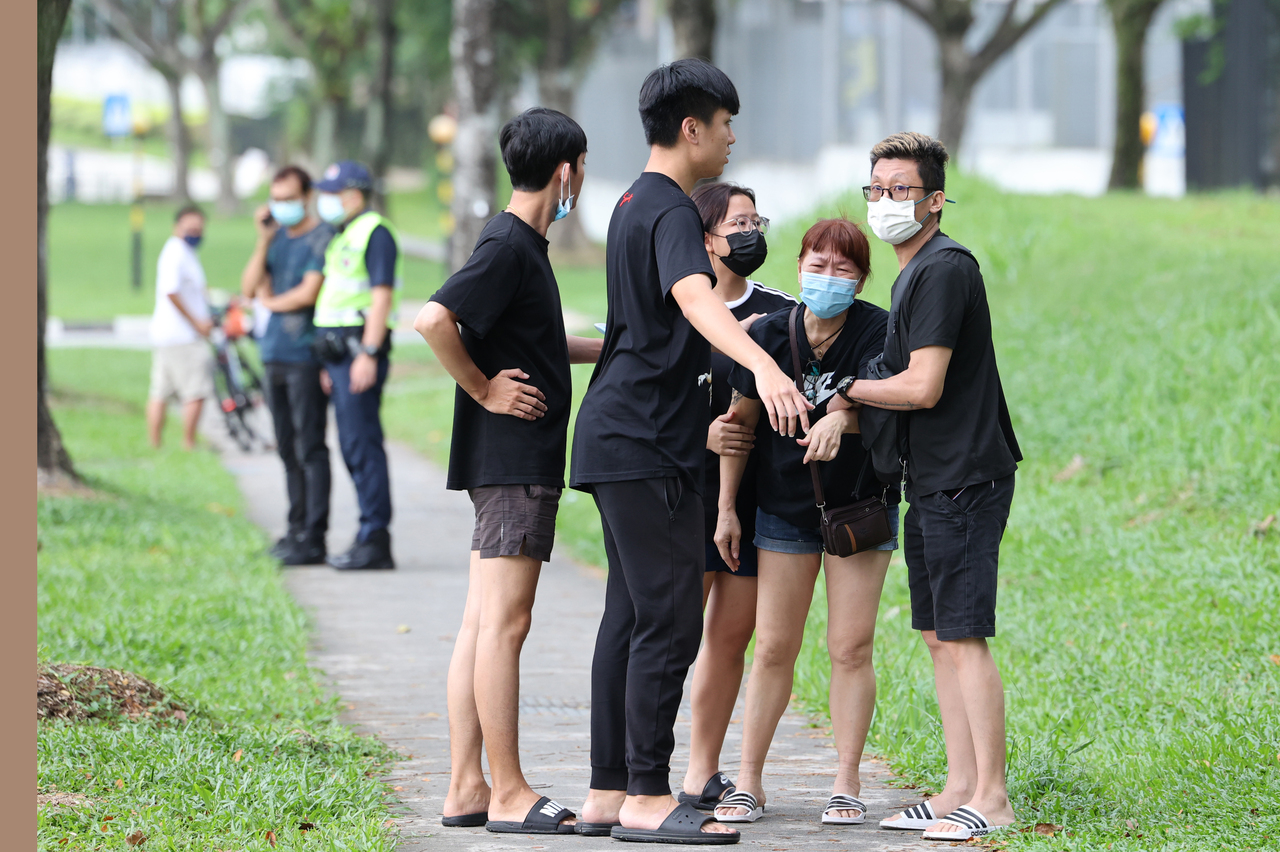 A woman crying near the scene of the accident, on April 10, 2022. PHOTO: SHIN MIN DAILY NEWS

A foodpanda spokesman said: "We are extremely saddened by the passing of our rider, and wish to send our deepest condolences to his family. We are also doing everything we can to support his family, while assisting the police with any information they might need for the investigations."

Mr Jeremy Tan is also hoping that a witness can come forward to provide video footage of the accident.

He said: "At least I want to know what happened to him so (we) can get some closure."

Correction note: An earlier version of the story said the couple attended Woodlands Primary School, according to information from Mr Jeremy Tan. It should be Fuchun Primary School.

My brother Jason Tan had a fatal accident at Gambas avenue today afternoon 1pm. If anybody has friends who were there...