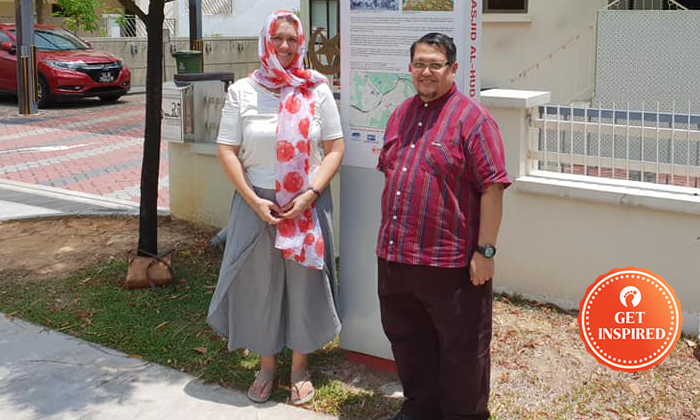 Moments of tragedy, while unpleasant, are also when empathy, unity and kindness stand out the most -- and when we need them more than ever.

A woman touched hearts when she visited the Al-Huda Mosque in Bukit Timah on Saturday (March 16) and apologised for the Christchurch shooting "on behalf of New Zealand residents".

Fifty people -- including children -- were killed while another 50 were injured in the terror attacks that unfolded during Friday (March 15) prayers at two mosques in the New Zealand city. Several remain in critical condition.

In a Facebook post on Saturday, Al-Huda Mosque Singapore shared how a New Zealander, identified as Mrs Kim Forrester, had dropped by at around 12.30pm to express her sympathies over the deadly shooting.

According to the post, Mrs Forrester apologised for the tragedy on behalf of New Zealand residents. She also "prayed for all Muslims for their safety and prosperity in Islamic faith".

The mosque said it was heartened by Mrs Forrester's actions, while also pointing out that she did not need to apologise.

Condemning the shooting as an "atrocious act of terror", the mosque added: "We pray that those affected especially their family members stay strong in these trying moments.

"We believe that everyone can contribute in embracing diversity in a harmonious way."

The mosque also said that it appreciated Mrs Forrester's presence and had invited her to its annual IRCC Iftar session during the Ramadan period, which she looked forward to attending.

"She was glad that she dropped by Al-Huda Mosque earlier and left the mosque shortly with an ease of heart," added the post.

Many netizens praised Mrs Forrester for her heartwarming gesture, with one describing it as 'a small act that gives out a big message'.

Related Stories
Right-wing Australian senator who blamed Muslims for Christchurch attack gets egged
Mosque in Jurong touches hearts by offering cold drinks to everyone, regardless of race or religion
More About:
terrorist
mosque
inspiring
kudos
heartwarming