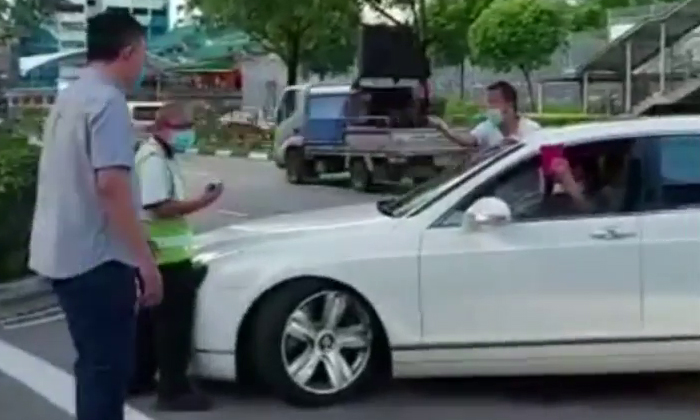 New videos of a Bentley driver who threatened to run down staff at Red Swastika School on Tuesday morning (Jan 11) have emerged online.

The 61-year-old driver had been caught on camera trying to force his way into the school despite attempts by staff to stop him and was arrested for rash act causing hurt.

A 62-year-old security officer sustained minor injuries in the incident.

New videos have since surfaced online, showing the Bentley driver cutting the queue to enter the school and arguing with the security guard.

During the argument, the Bentley driver can be heard telling the security officer: "Now you stand at here, now behind traffic jam, are you okay or not?"

He also claimed that it was his first time coming to the school.

However, the security guard replied that this was "no excuse".

The driver then responded: "That's why I see you don't know how to control the traffic, right? That's why I come to the second lane because here got two white line mah."

He also remained adamant on his stand.

The USE also said that the security officer is "well and recovering at home", adding that it will continue to render support to him.