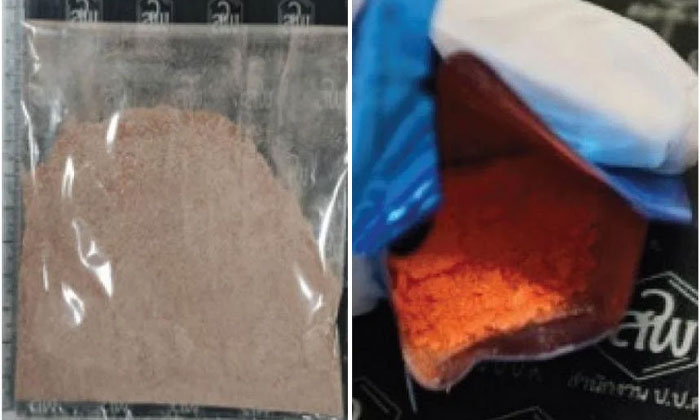 A new deadly cocktail of synthetic drugs has been sweeping through South-east Asia, with the authorities in the region raising concerns that users may get into troubled waters.

While diazepam and tramadol are prescription drugs, ketamine, Ecstasy and methamphetamine are controlled drugs in Singapore.

The mixture, which comes in a variety of colours and is packed in sachets, is dissolved in liquid and consumed as a drink.

The cocktail has reportedly been found across entertainment outlets in Thailand and Myanmar in recent months.

Bangkok Post reported in April that Happy Water was sold at several bars in Pattaya, Thailand.

In Myanmar, the authorities said earlier this month that it was sold in bars, clubs and KTV outlets across Yangon.

A report last month by the United Nations Office on Drugs and Crime (UNODC) flagged concerns over the emergence of the cocktail.

It said that because of the surplus of synthetic drugs in the region, organised crime groups combined various illicit substances and marketed them as supposedly new products, enticing drug abusers.

But the drug branding of Happy Water is not entirely new.

In 2010, a similar mixture bearing the same name was marketed in China before it was banned and the authorities clamped down strongly on it.

But according to UNODC, the Happy Water then had a different make-up, containing Ecstasy, methamphetamine, amphetamine and ketamine.

In response to queries from The Straits Times, a spokesman for the Central Narcotics Bureau (CNB) said that it is keeping tabs on the regional situation, but there does not appear to be a trend in Singapore yet.

"CNB is aware of reports on the emergence of Happy Water in the region containing controlled substances, and we have been monitoring the situation," the spokesman said.

"At present, we have not detected a trend of instances of Happy Water in Singapore."

However, similar drug cocktails have been seized recently by CNB.

In May, it raided a hotel in Bras Basah and arrested a 31-year-old man for suspected drug trafficking. It seized an assortment of drugs with an estimated street value of $177,000.

Among the assortment were 700g of tampered sachets containing drugs. The sachets were labelled as varying flavours of milk tea from Korea.

The CNB spokesman said the bureau has been successfully intercepting illicit drugs, such as heroin and cannabis, that syndicates disguise as food products in smuggling attempts.

"In some countries, illicit drugs such as cannabis are added as ingredients to edibles like candies and cakes, and irresponsibly marketed as harmless," she said.

"The innocuous appearance of these products may entice unsuspecting youth to consume these drug-laced products and get intoxicated."

The spokesman warned that concoctions of illicit drugs can put those who consume them at serious risk of damage to their health and even death.

Earlier this month, Thailand decriminalised cannabis, which is now widely available in public there.

But the CNB spokesman warns that any Singaporean or permanent resident here who consumes the drug overseas will still be liable for a drug consumption offence here, as if the offence had been committed in the Republic.

"Singapore takes a zero-tolerance position against illicit drugs," she said.

"CNB will not hesitate to take the necessary enforcement action against anyone who flouts Singapore's drug laws."

Those convicted of drug consumption may be jailed for up to 10 years and fined up to $20,000.