Netizens slam standards of Miss Singapore Beauty Pageant finalists -- but are you brave enough to join? 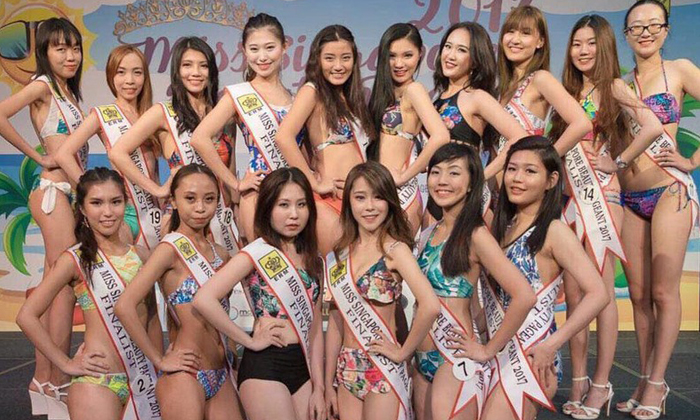 Photos of the Miss Singapore Beauty Pageant 2017 finalists have drawn flak online, with many netizens questioning the women's calibre and criticising their physical appearances.

Sentiments revolve around the contestants not being pretty or attractive enough, as well as how the standards of the pageant are "really dropping".

Hardwarezone users even expressed disbelief that these were pageant finalists, leaving comments such as, "This must be fake news right" and "Is this for real?"

However, this is not the first time beauty pageant contestants in Singapore have been the target of critical remarks.

One such example is in the case of Ris Low, the winner of Miss Singapore World 2009 who later stepped down from her title after reports of her credit fraud scandal came to light.

After facing backlash for her poor English (boomz!) during the competition, she was also mocked for her subsequent weight gain after exiting the spotlight.

This also calls into question whether we are being too harsh on these women.

Instead of simply bashing pageant finalists year after year, why not emulate their courage by joining the pageant or ask someone who you think is more eligible to participate?

Let us know what you think in the comments below.