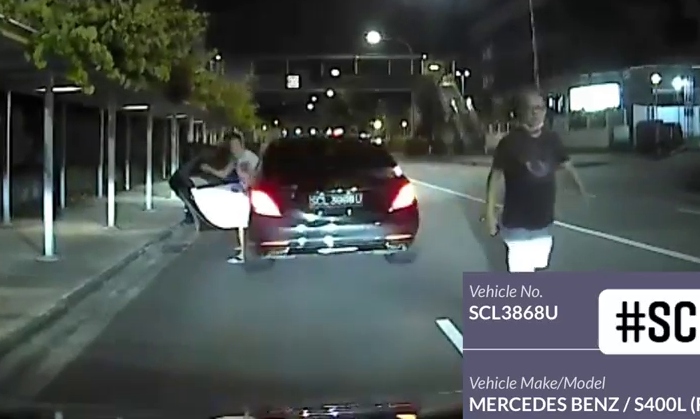 A Mercedes-Benz S400L driver blocked another motorist in the middle of Tiong Bahru Road after being honked at. The occupants of the Mercedes then alighted to confront the motorist.

A video of the incident, which happened on July 8 around 10.20pm, was posted by SG Road Vigilante.

It started when the cam car driver,  who was on the main road, sounded the horn at the black Mercedes, which was about to drive out of the pick-up lane outside Redhill MRT station.

Soon after, the cam car stopped at a traffic light, allowing the Mercedes to catch up.

When the cars started moving after the light changed, the Mercedes flashed its headlights behind the cam car and overtook it.

The Mercedes then came to a stop in front of the cam car in the middle of the road and turned on its hazard lights, forcing the cam car to stop as well.

The female cam car driver can be heard in the video calling someone to report a road rage incident.

The male driver then got out of the Mercedes and walked towards the cam car, followed by another man and two women from the Mercedes.

That was where the video ended.

Many netizens criticised the Mercedes driver for breaking several traffic laws and having a "big ego". 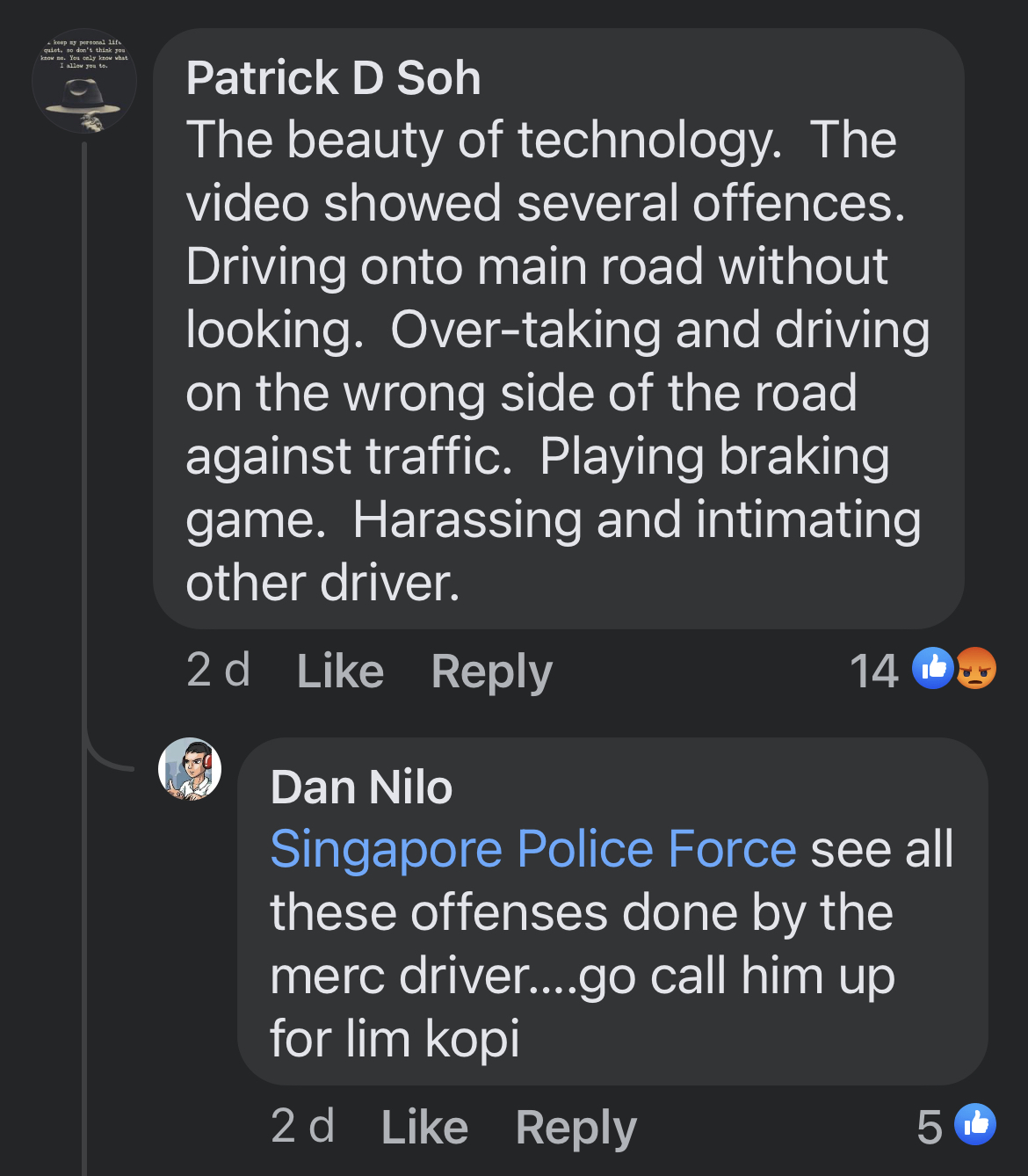 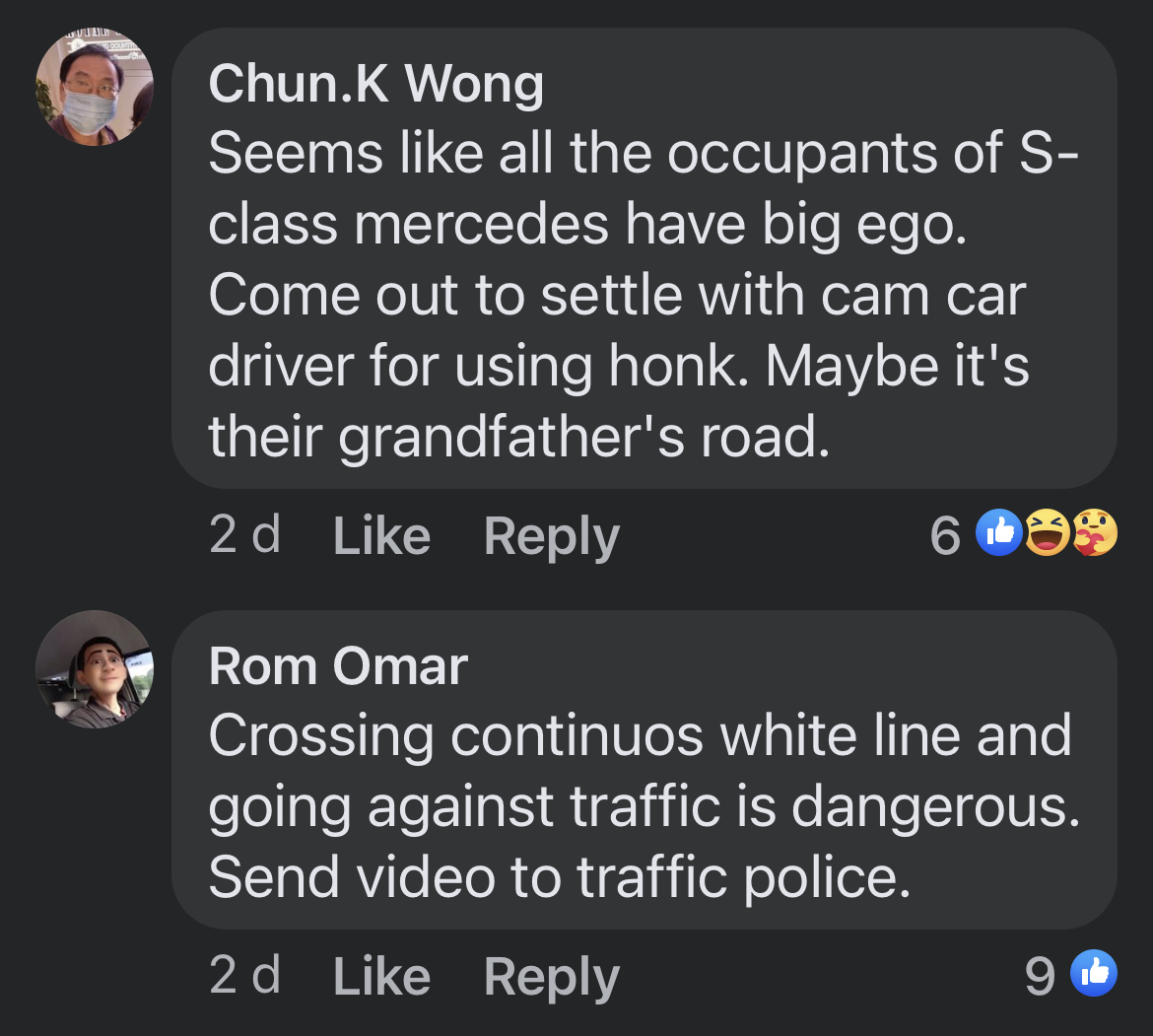 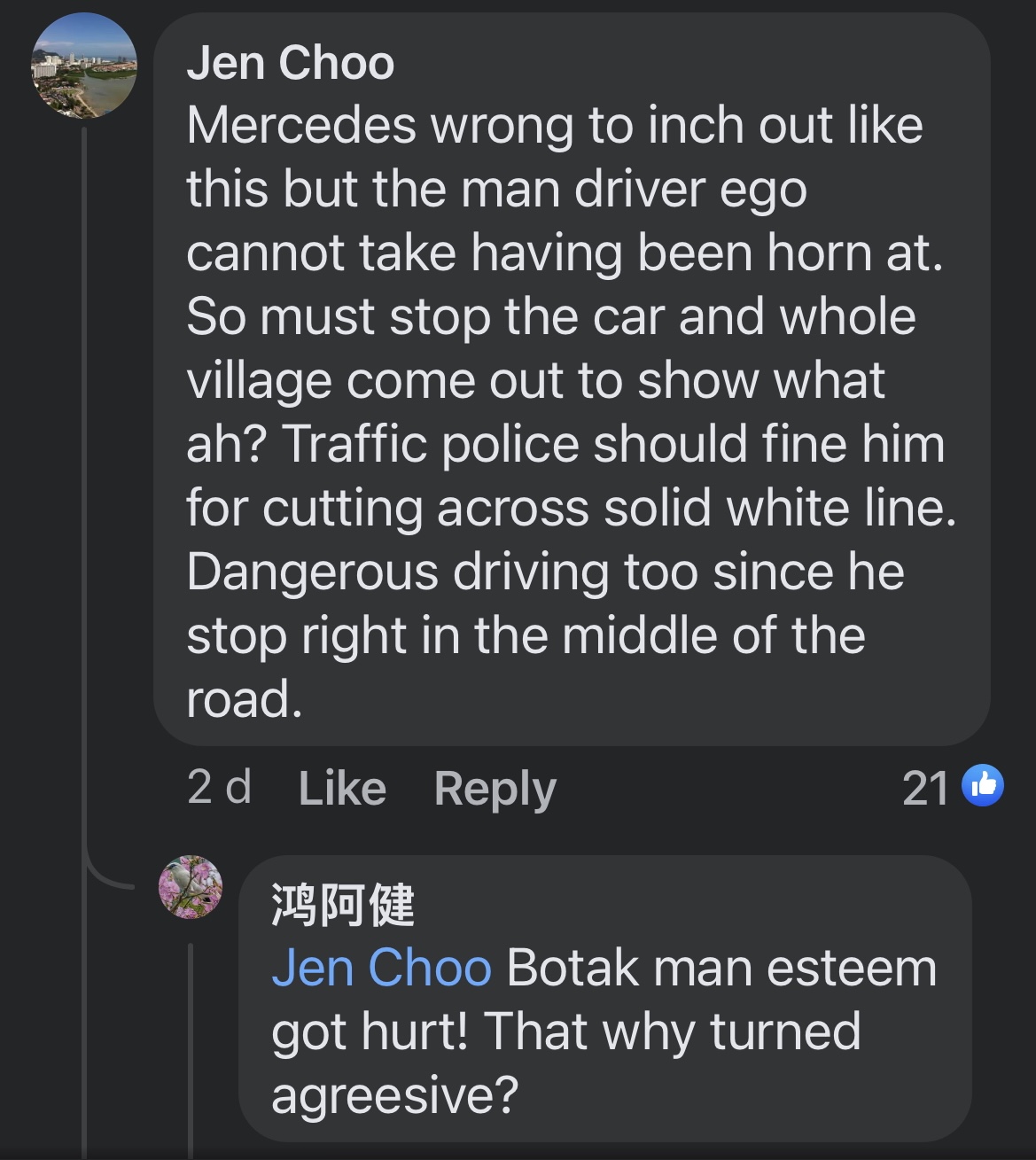 But others said the use of the horn by the cam car driver was excessive. 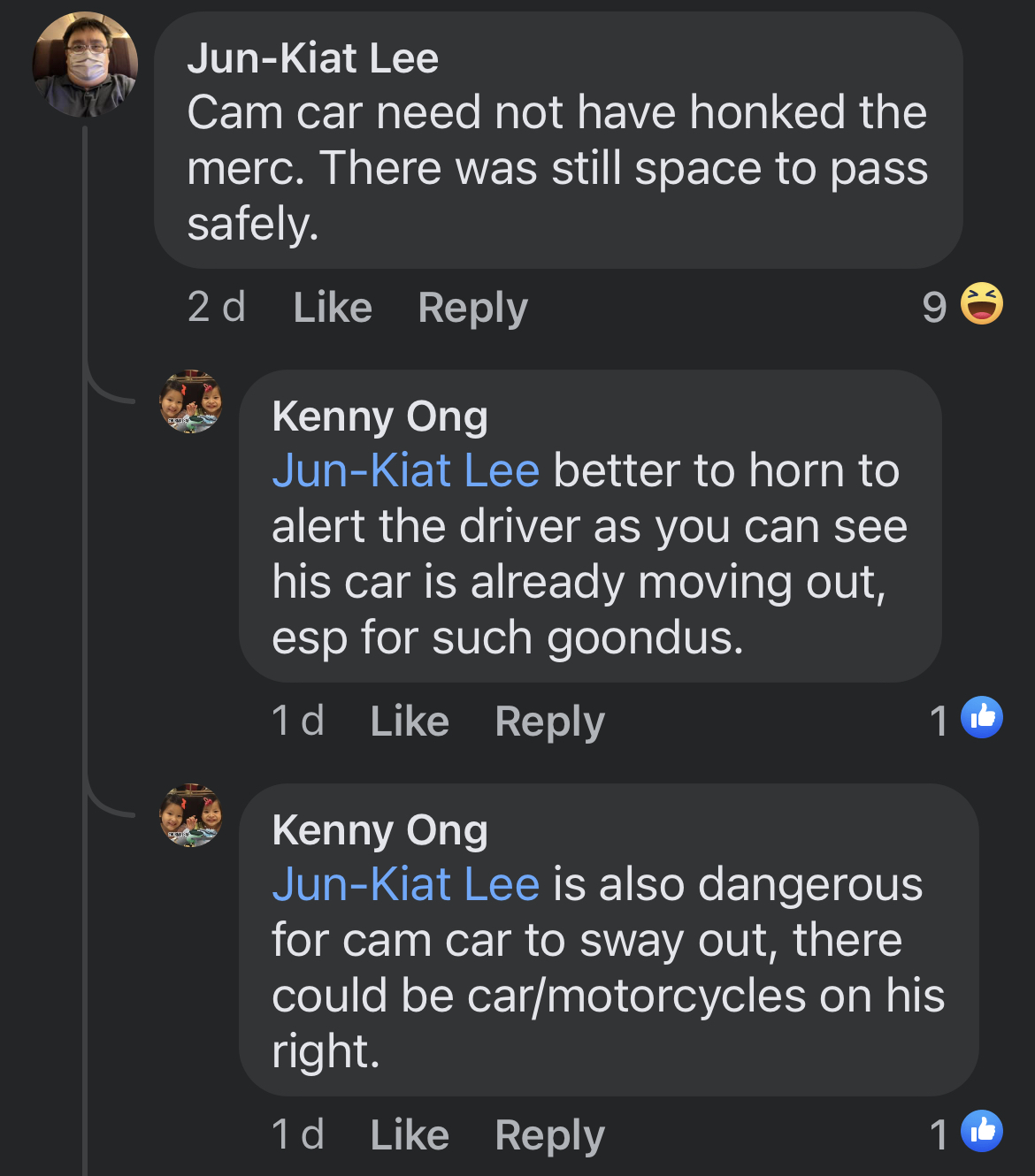 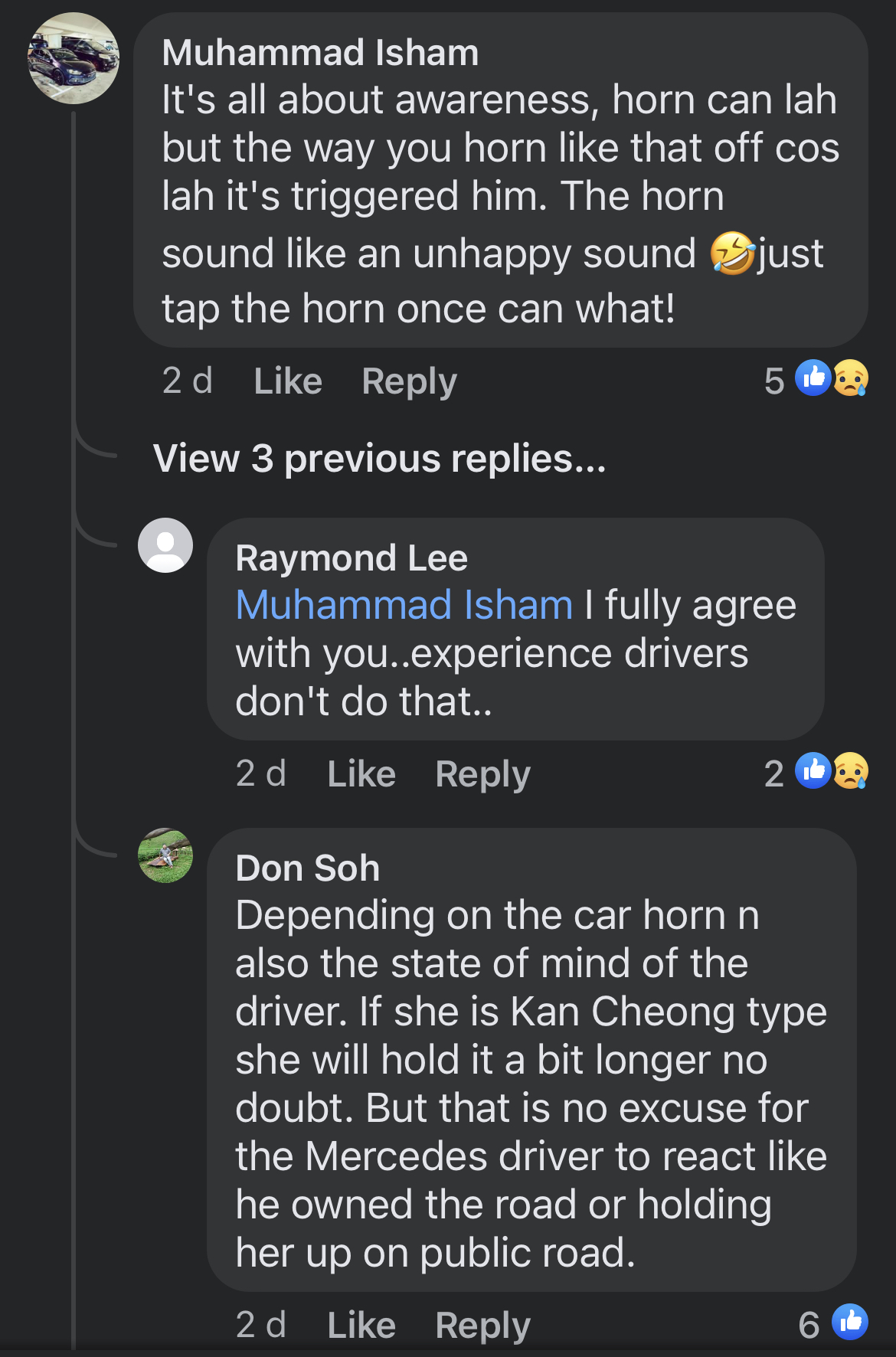 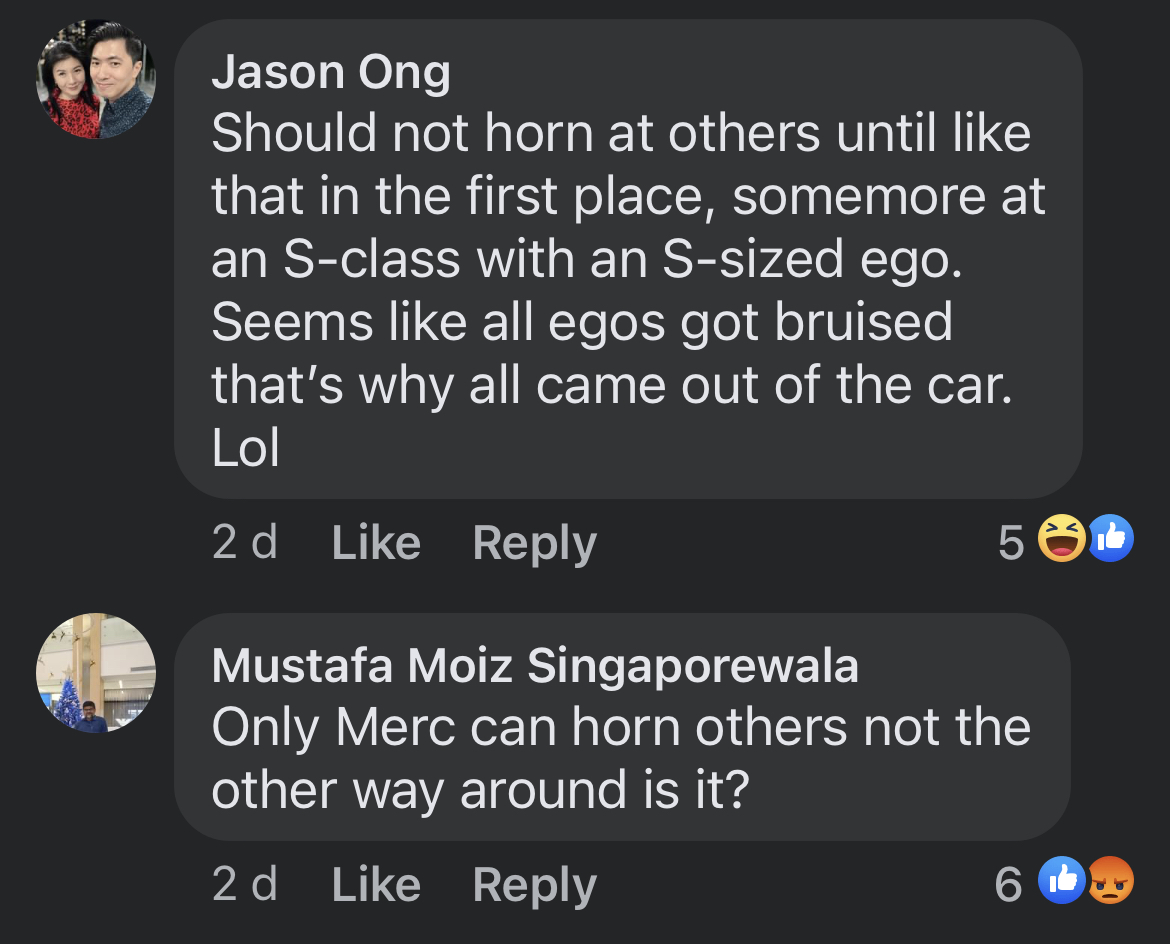