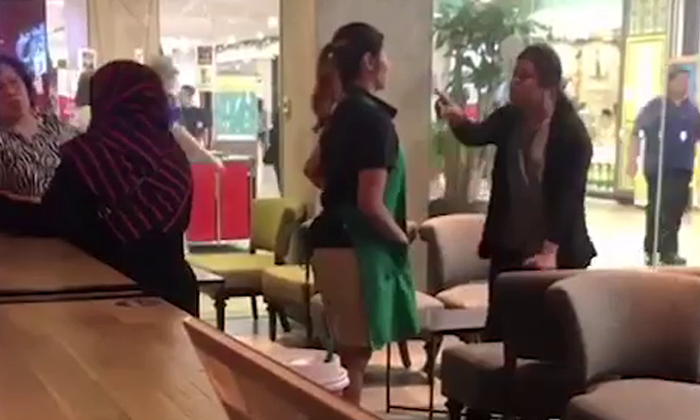 A Starbucks employee has been lauded by netizens for remaining calm and professional despite being chided by an angry customer.

Facebook page Banana News posted a video of the incident, which is said to have occurred at Northpoint City on Saturday (Dec 14).

According to the video caption, a female customer had "hogged" a seat in the cafe even though she did not buy a drink.

"Staff reprimanded her but instead of listening, she talked back to the staff," added the caption.

In the 53-second clip, a woman can be seen making angry gestures and speaking in a raised voice to a Starbucks employee.

She is heard saying, "I am warning you!" while making her move to leave.

In response, the Starbucks employee says "bye!" and waves at the woman, which appears to trigger the latter even further.

Titled 'Starbucks Cheapo', the video has garnered over 180,000 views to date.

Netizens slammed the customer's unreasonable behaviour and praised the Starbucks employee for handling the situation well.

Starbucks Singapore declined to comment when contacted by Stomp.