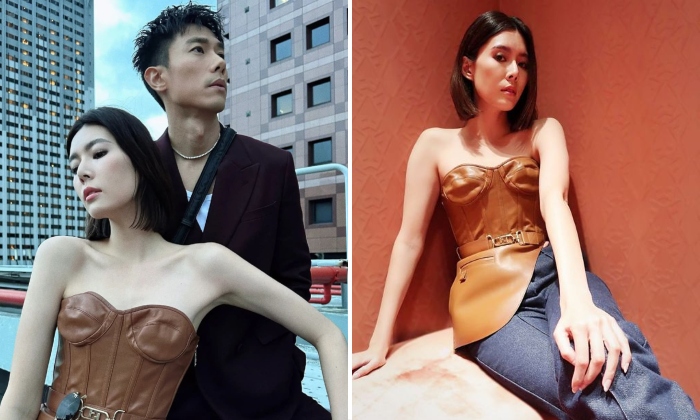 The Facebook post was supposed to promote an article about Mediacorp actress Carrie Wong starring in the Channel 8 TV drama Soul Detective.

But the photo of the actress with actor Desmond Tan posted by 8World Entertainment & Lifestyle on Friday (Nov 18) has been getting the wrong kind of attention.

Of the more 1,000 comments on the post, most are about how the Fendi leather bustier the actress wore in the photo does her no favours.

"You can just say the top is unflattering on her. Why must you make the comment 'Where are her boobs?' All the perverts keep asking. She is not your girlfriend. Show you for what?

"It’s damn disgusting that people always must make jokes about a woman with a small chest. They are not even funny, these jokes." 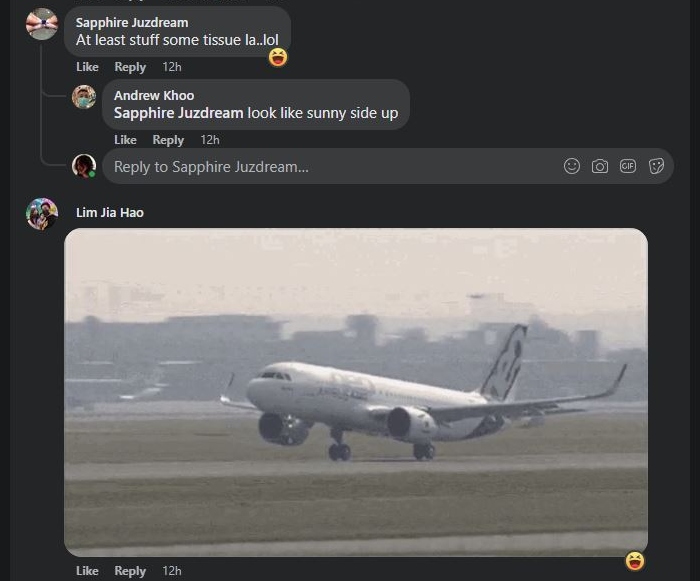 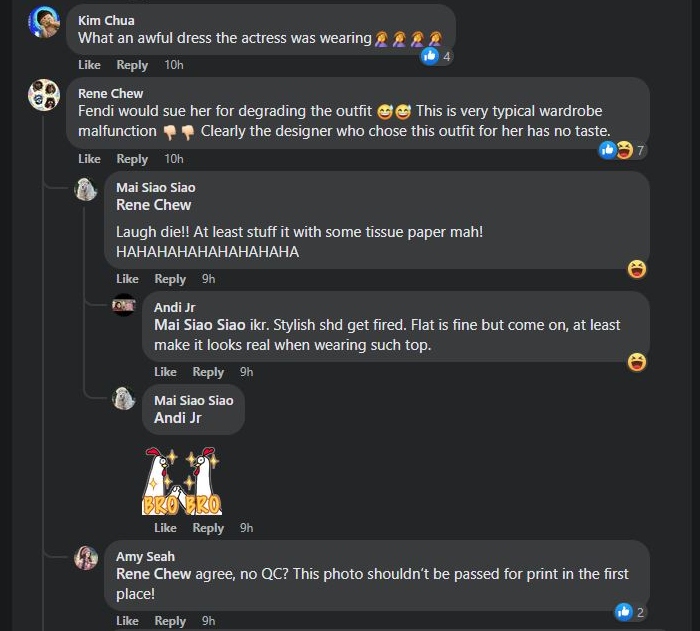 A few netizens blame the stylist and the photographer for the photo. Someone even edited the photo to show what could have been done to make the bustier look better on the actress. 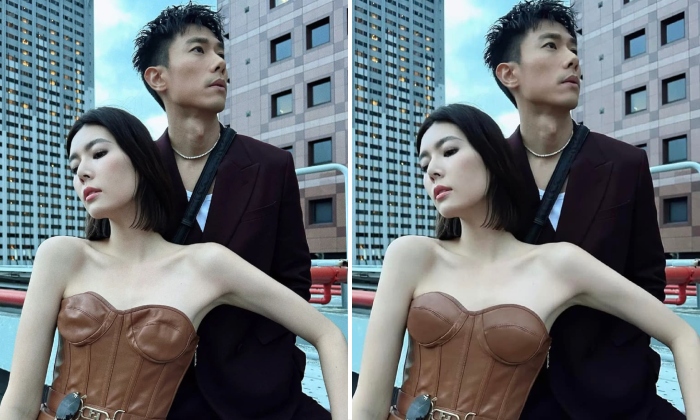 Similar unkind comments were also found on earlier Facebook posts by The Celebrity Agency and 8 Days of her wearing the same top. 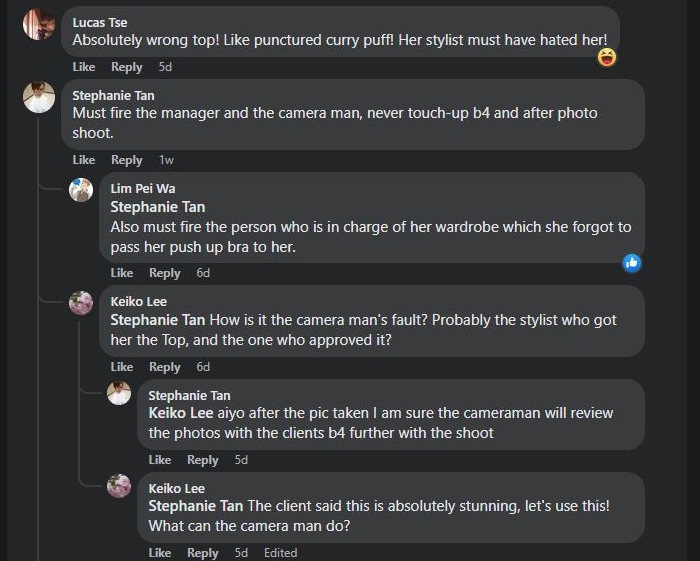 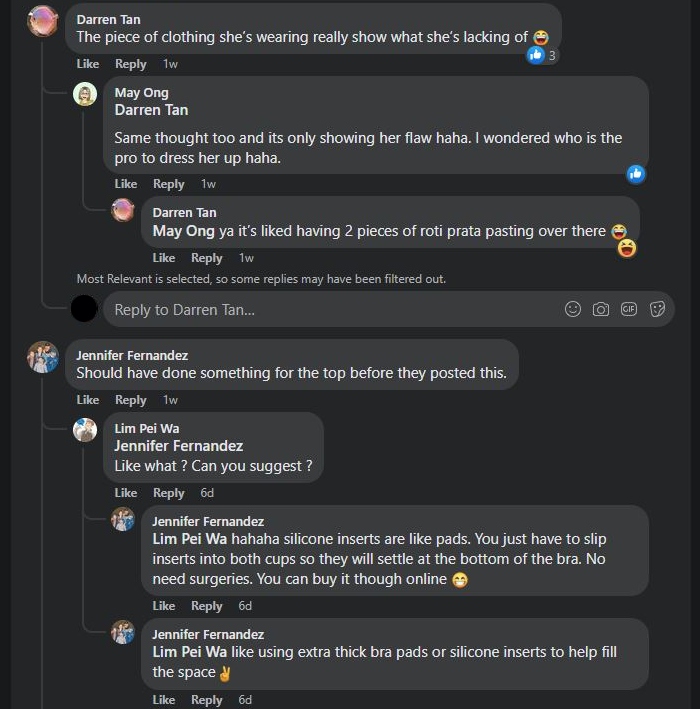 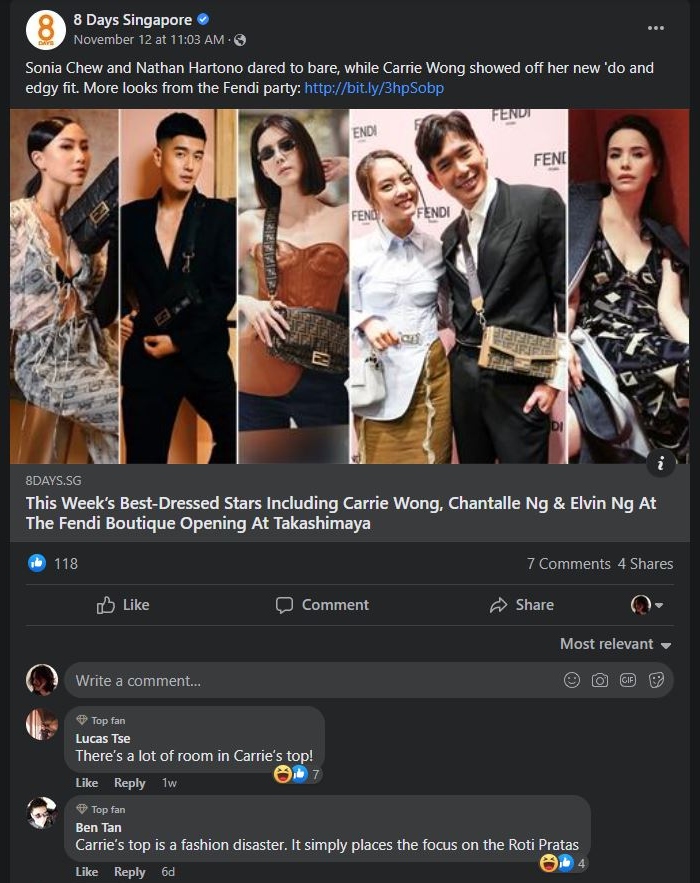 The tan leather bustier is selling on the Fendi website for $4,980. 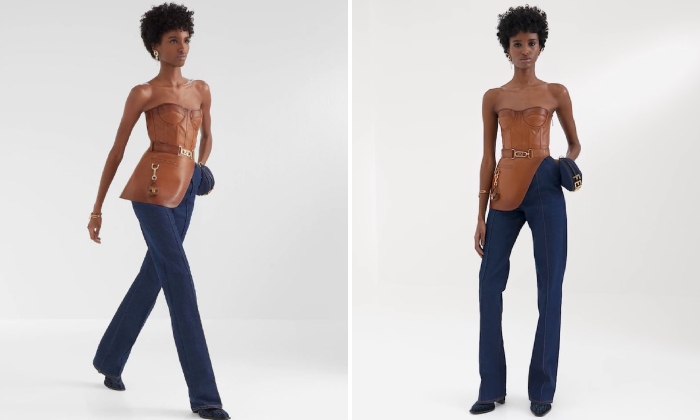