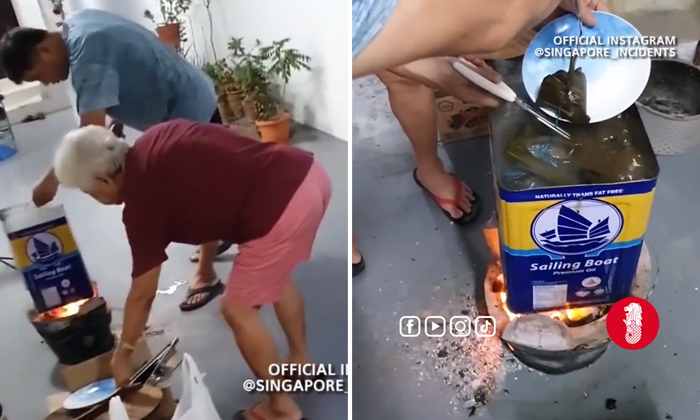 A video showing residents cooking food along a Housing Board (HDB) corridor has drawn mixed reactions, with many netizens coming to their defence.

The 22-second video was posted on social media on Monday (Nov 22) with the caption: "Please do not cook along HDB corridor."

It shows a man and an elderly woman boiling dumplings in a metal tin over a charcoal stove, while a third person filmed them.

The video has since garnered over 65,000 views and almost 300 comments on Facebook.

A large number of netizens said that the video was a walk down memory lane and left them feeling nostalgic.

Many also pointed out that this was a common sight during the "olden days" and shared their own memories of doing the same. 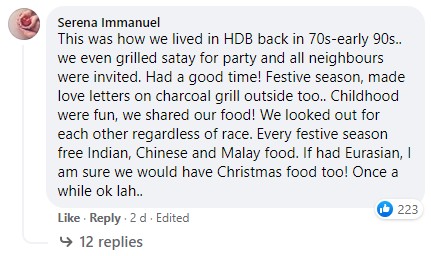 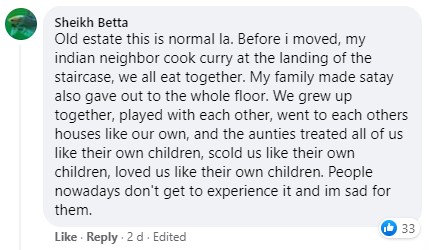 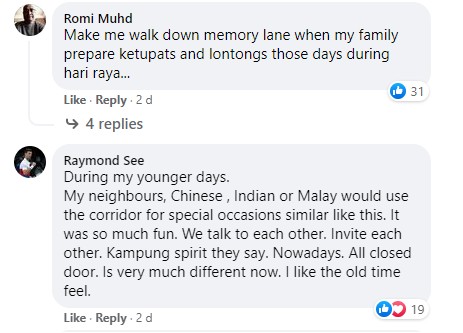 They felt that the residents' actions were acceptable as long as they cleaned up after cooking.

However, some critics said that kumpung spirit should not come at the expense of safety risks and fire hazards.

One user wrote: "I see many people supporting these so called 'kampong spirit'. It's a fire hazard to cook food on corridors, not to mention their cooking setup might be combustible. People leave wooden items or clothes outside their corridors. I do not see a fire marshall or a fire extinguisher around."

A few also questioned why the residents had to cook along the corridor instead of in their own homes.