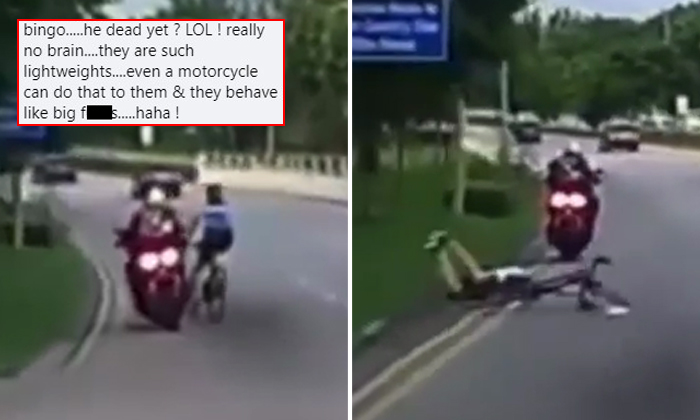 A cyclist was hit by a motorcycle after making an abrupt lane change, but drew loads of flak and zero sympathy from netizens.

Facebook page SG Road Vigilante shared a video of the incident that occurred along Seletar Club Road on Tuesday (April 27).

In the video, a cyclist can be seen riding from the rightmost lane to the leftmost lane, where a collision with a motorcycle occurred.

The cyclist is knocked off the bicycle.

The video has drawn almost 900 comments, many of which were from netizens who were unsympathetic towards the cyclist's plight.

Many mocked and cheered at the cyclist's misfortune. They expressed glee over the video and said that the cyclist had "deserved it". 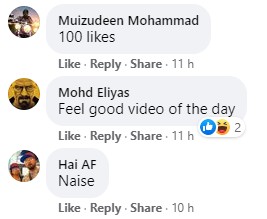 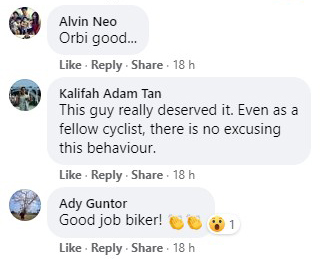 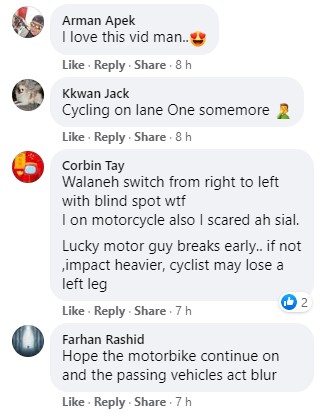 Netizens also applauded the motorcyclist, said that he was the one who had gotten hit, and asked about his well-being. 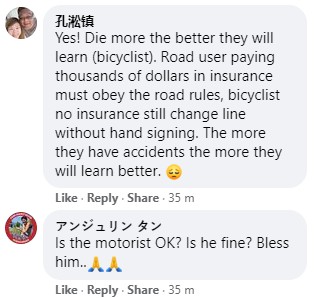 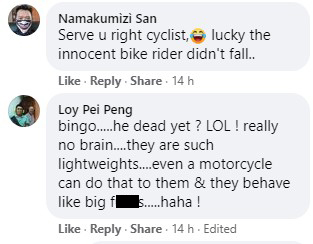 A few even cursed the cyclist to "die".