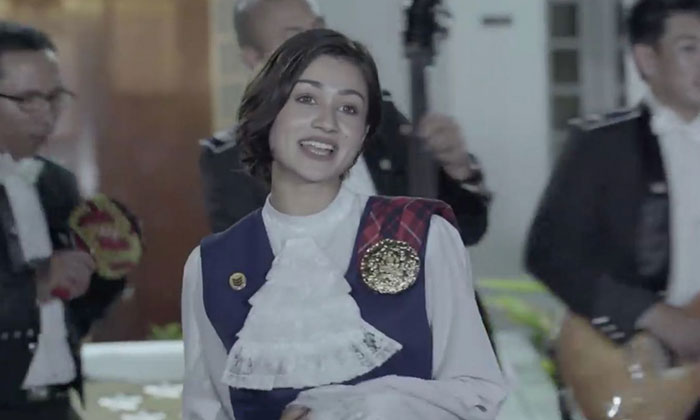 Netizens were treated to a Facebook video of a special Selamat Hari Raya medley performed by the Singapore Police Force Band and officers from various police vocations.

The celebratory video about two and a half minutes long was posted on Singapore Police Force's Facebook page.

It starts with a joyous melody played by band members using various instruments.

The focus then shifts to the other officers dancing to the tune, before leading into a building.

After that, viewers are taken on a tour around the building as the officers continue grooving to the beats.

Finally, the camera pans out to show the full ensemble performing in front of the building, revealed to the Senior Police Officer’s Mess at Mount Pleasant Road.

The video then concludes with a message wishing viewers a Selamat Hari Raya Aidilfitri.

With its upbeat tune, it is not hard to see why the video is such a hit with netizens.

At the time of publishing this article, the video has already garnered more than 210,000 views and over 4,000 shares.

“Awesome stuff! Loving that our SPF know how to chill and relax when not on official duty.”

“Wonderful production. I love the catchy and upbeat music singing the song in a different way. Well done SPF!”

Related Stories
First April's Fool, now Rendangate: 'Someone please give an award to SCDF's social media team'
Nobody celebrates the end of the week better than the SCDF
China's five-year-old dance instructor will boogie her way into your heart
Over 30 students wow crowd at The Cathay with flash mob dance for charity
More About:
SPF
celebration
music