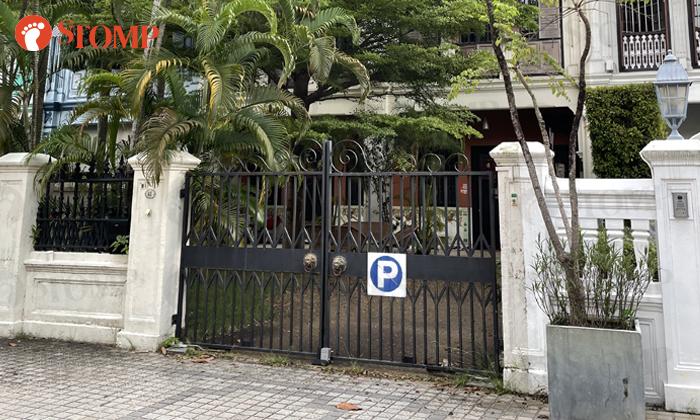 Loud parties, late night disturbances, and back-alley shenanigans. Is this the residence from hell?

A property on Emerald Hill has come under fire for late-night 'Zouk-style' partying and inappropriate behaviour around the neighbourhood, with at least two neighbours lodging police complaints.

Located at 81 Emerald Hill Road, the heritage house is managed by Hmlet, a company that provides co-living rental spaces for short-term and long-term tenants.

One of its neighbours, a 39-year-old domestic helper who declined to be named, told Stomp that a party hosted at the unit on a Friday (July 22) kept her up until close to 4am.

"I heard moaning outside the back door, so I went to see what was going on," she said.

She was shocked to discover a couple having sex in the back alley right outside her house. 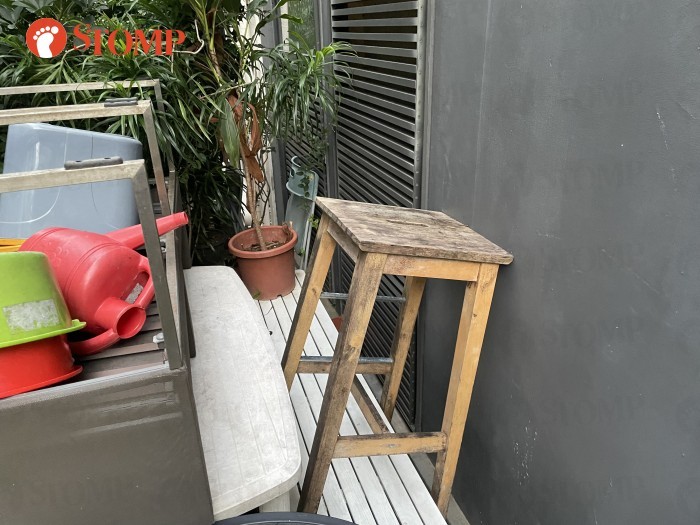 The couple had apparently been frolicking on a wooden bench and left a lighter behind.

"Nobody wants to see someone having sex in front of their door, so I turned the lights on," the domestic helper added.

Stomp understands that while police attended to a call on noise pollution on July 22, they did not witness the alleged indecencies in the back alley.

Other neighbours have also reported hearing loud noises from parties held at the unit. The parties are said to have continued late into the night on more than one occasion, with easily about 100 guests each time.

Not all residents in the vicinity appear to be aware of any alleged 'frat house parties' going on at 81 Emerald Hill, however.

A 28-year-old engineer who lives in an adjacent house said he had no idea this was happening, adding: "I don’t hear much noise and I didn't learn anything about it from neighbours."

But most maintain they are at their wits' end with the constant ruckus.

A 50-year-old business consultant, Jane (not her real name), told Stomp that the parties went on even when tightened Covid-19 restrictions were still in place.

She said: "They had tons of people over. It was way over the capacity limit.

According to her, parties were happening weekly at one point, but have now been reduced to once every few months.

The issue seems to partly lie in the fact that Hmlet's short-term leases allow for a high turnover rate of tenants. This means that the parties could be thrown by different groups of people.

A 43-year-old sales associate, who is also a tourist and current tenant of the Emerald Hill unit, claimed he was told by housemates that the July 22 party was the first one that they had ever thrown.

He said: "I've only been here for a week and this is the first time something like this has happened. Police came for noise complaints so we moved the party inside, but I didn't know it was still an issue."

According to several people that Stomp spoke to, Hmlet has assured residents that its tenants have been issued warnings over the incident, but reminded them that - once again - this is a completely new group of tenants with new track records.

Hmlet confirmed that those involved in the July 22 incident have been warned and said that internal investigations are ongoing.

"As internal investigations are ongoing, we will take appropriate next steps to resolve and prevent such incidents from happening again."

Some residents revealed they have become wary of expressing concerns to tenants without involving police as the revellers have a history of being 'drunkenly aggressive' during the wild parties.

A 38-year-old former resident, who lived directly across the Hmlet property, shared how he once tried to intervene but his efforts came to naught.

He said: "One Saturday night on Jan 30, 2021, I had gone over to ask them to be respectful, but got shouted and laughed at.

"I called the police as we really couldn't sleep and my son was only two years old, small enough to get disturbed and then be up all night.”

Dismayed at the lack of proper solutions presented by Hmlet thus far, Jane believes that co-living spaces should not be allowed if organisations are unable to guarantee tenants will respect neighbours.

She said: "The whole neighbourhood is very upset about this. This kind of sleaziness is not very nice and it doesn't bring the right culture... it's like a brothel.

Jane feels that this is especially inappropriate for a heritage stretch.

To this, Hmlet's spokesman said: "We can confirm that Hmlet’s Head of Security has been the main point of contact with the police and members from Hmlet Emerald Hill who have come forth with queries.

"Hmlet’s Facilities and Members Experience teams are the go-to for any concerns that members may have. We also leverage on the Hmlet app for members to reach out to us for any issue or concerns they may have.

"In closing, we wish to emphasise that Hmlet takes a very strict stand regarding safety and security across our properties."