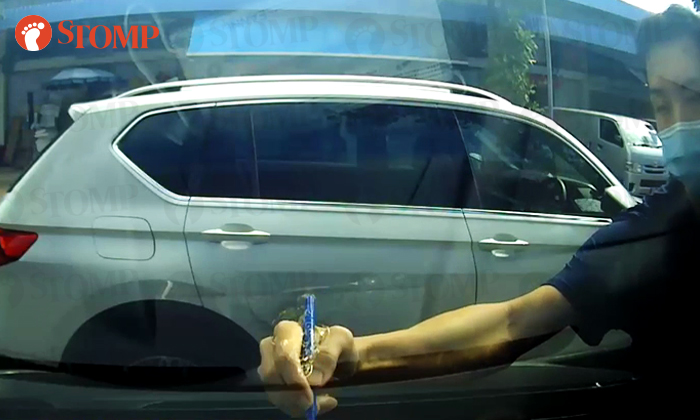 A driver who parked his car in his neighbour's compound in Geylang returned to find the vehicle defaced.

Stomper Willy, whose friend is the owner of the vandalised car, said the incident occurred along Aljunied Avenue 4 on the morning of July 21.

Dashcam footage that Willy shared shows the man writing on the car's windscreen.

Willy told Stomp: "My friend works in the vicinity and parked in his neighbour's compound.

"The neighbour isn't here often and only comes a few times a month.

"The neighbour was not happy when he returned that day and saw my friend's car. However, he did not ask my friend to move and simply scribbled on the car.

"He scribbled 'Please Do Not Park Here' with a permanent marker when he could have just called for my friend who was within reach." 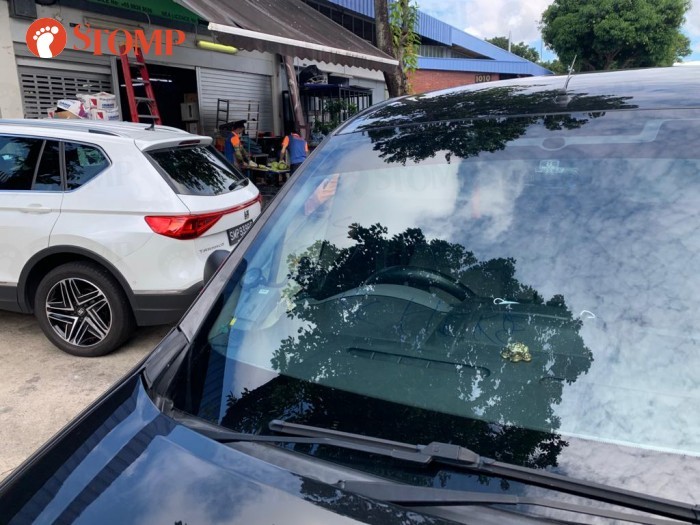 Willy's friend, who removed the scribble on his car with thinner, subsequently made a police report over the incident.

Willy added: "It is not right of my friend to park there but the neighbour could have just asked him to move.

"I told my friend I would help him to share on Stomp as we feel that the end does not justify the means. What if the neighbour had a hammer?"