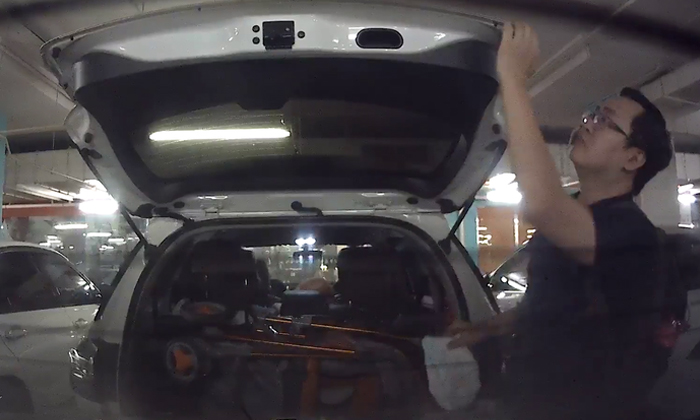 The National Environment Agency (NEA) will be taking enforcement action against a man who was caught on camera throwing a soiled diaper onto a car at Tampines Mall.

A video of the incident, which occurred in the shopping mall's carpark on Aug 24, went viral after being posted online.

Facebook user Jonathan Lee had found the dirty nappy on his car and reported the matter to the NEA, who later told Stomp that it was investigating.

In an update on Saturday (Sep 7), the NEA said it would be taking enforcement action against the man for littering.

The NEA wrote in a statement on Facebook: "We have completed our investigations as of Sep 3 and will be proceeding with enforcement action against the person for a littering offence.

"We would like to thank the member of the public for highlighting the littering act.

"Everyone needs to play his part to keep Singapore clean by binning his litter responsibly.

"Members of the public who wish to provide feedback or evidence of littering offences may do so through myENV mobile application or the NEA’s hotline."