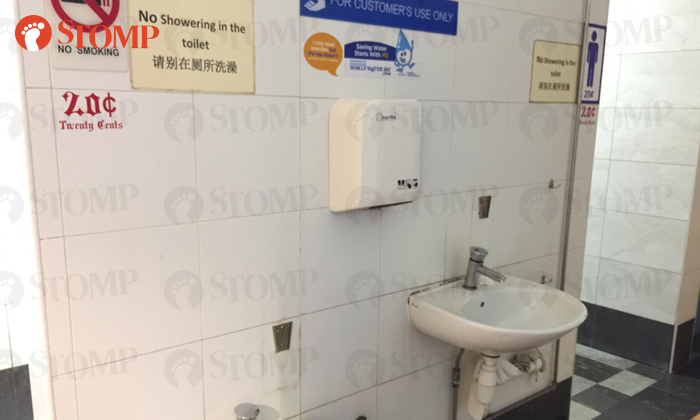 The National Environment Agency (NEA) has responded to feedback from a patron who expressed his disappointment over the lack of soap dispensers at Ghim Moh Market and Food Centre.

Stomper Anon had visited the hawker centre at Block 20 Ghim Moh Road last month, but did not elaborate on the date and time.

He said: "You have to pay $0.20 to use the toilet but there were no soap dispensers inside.

"I feel very disappointed during this critical period."

A photo that Anon took in the male toilet shows a notice, placed above a urinal, stating that the "hand soap dispenser is outside". 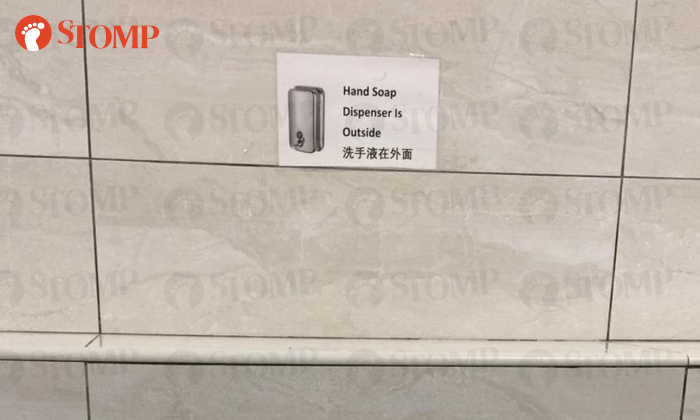 However, Anon said he did not see any soap dispensers outside the toilet either.

In response to a Stomp query, an NEA spokesman said: "Operators of public toilets are legally required to equip public toilets with basic amenities such as an adequate supply of liquid soap, toilet paper, hand dryers or paper towels and litter bins, and maintain them in good working order at all times."

Regular checks on public toilets are conducted by the NEA to ensure compliance with these regulatory requirements.

The spokesman added: "Our inspection on Feb 26 showed that there was no soap dispenser in the male toilet of the hawker centre.

"We have since asked the town council to re-install the dispensers in the toilet, and reminded them of the requirement to ensure an adequate supply of liquid soap for the public’s use in the toilets at all times.

"As for the sinks located outside the toilets, we have checked with the town council and they have clarified that the soap dispensers are temporarily removed from 9.30pm to 5.00am daily to prevent misuse at night."