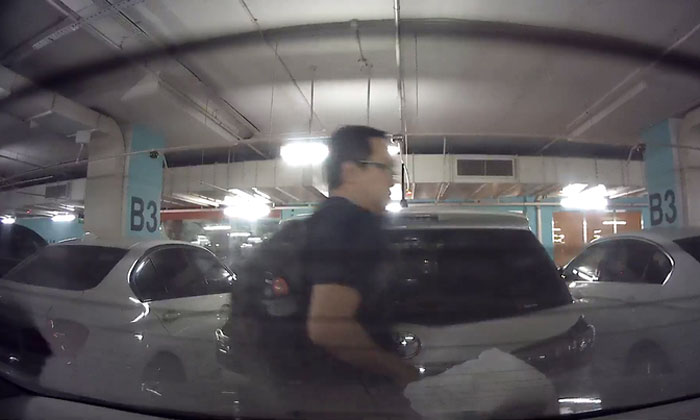 The National Environment Agency (NEA) told Stomp it is investigating an incident of a man who threw what is believed to be a soiled diaper onto a car at Tampines Mall's carpark on Aug 24.

Stomp earlier reported on the now viral video that showed the man tossing the plastic bag containing the dirty nappy onto a vehicle behind him.

The video was posted by Facebook user Jonathan Lee who said he had found the soiled diaper on his car.

It has since garnered over 1.6 million views.

In response to a Stomp query an NEA spokesman said:

"The National Environment Agency (NEA) is aware of the video circulating online of a man seen throwing a bag of what seemed to contain a used diaper on another car before driving away.

"NEA received a feedback on 24 August 2019 on this incident, which took place at the carpark of Tampines Mall.

"We have taken a witness statement and are investigating the incident.

"We would like to remind the public that littering has environmental consequences, and keeping our environment clean by not littering is a gracious and socially responsible thing to do."