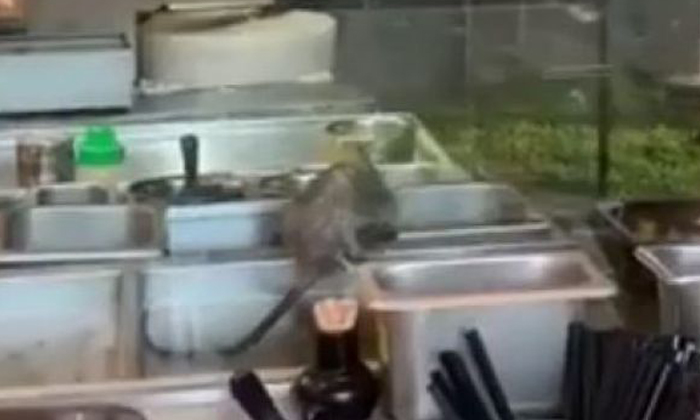 The National Environment Agency (NEA) said on Thursday (March 28) that it is investigating after a video of a rat scurrying around the food trays of a Toa Payoh eatery began circulating on social media.

In the clip, which was posted on Facebook on Wednesday, a number of roast ducks can also be seen hanging over the counter where the rat was. On Thursday, NEA told The Straits Times it has inspected the restaurant's premises following the incident.

Chinese evening daily Lianhe Wanbao reported that the eatery in the video was Lee Kwang Kee Teochew Cuisine, which is located at Toa Payoh Lorong 8.

One of the staff in charge of the eatery told Wanbao that the restaurant strictly abides by hygiene regulations.

He added that the employee who spotted the rat immediately informed his boss and threw away all the ingredients that were on the counter, including the roast ducks. The area was then cleaned and disinfected.

He said that the eatery, which is open 24 hours a day, has its floors and utensils cleaned thrice a day.

He also said the eatery engages a pest control company once a month.

"There are more than 10 mouse traps in every corner of this restaurant, and I have never once seen a rat here," he said.

However, he said that at the time that the video was taken, the ingredients in the trays were being refilled, which is why they were left uncovered.

Mr Lee also pointed out that there is a rubbish collection point around 30 metres away from the restaurant, where rats sometimes emerge from at night.

"We definitely don't wish for these things to happen. All we can do is continue to take precautions," he said.