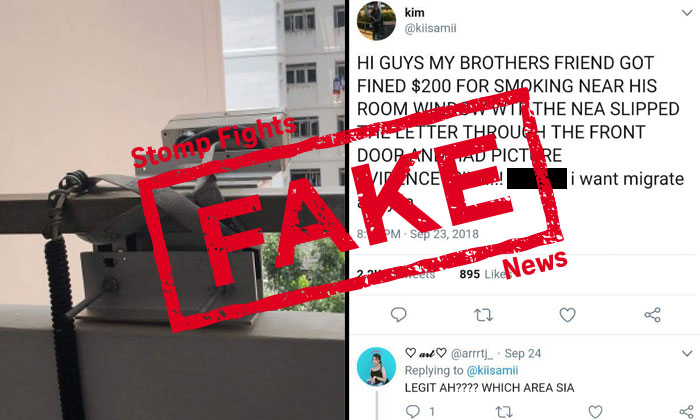 The National Environment Agency (NEA) has clarified that the agency does not enforce against smoking in homes following a Stomp media query regarding claims made by netizens that cameras have been planted to fine people "smoking in bedrooms".

The NEA directed Stomp to their statement that was posted on Facebook on Wednesday (Sep 26) at 3pm after Stomp alerted them to a tweet posted by Twitter user @kiisamii.

The netizen alleged that his brother's friend had been fined $200 for "smoking near his room window". 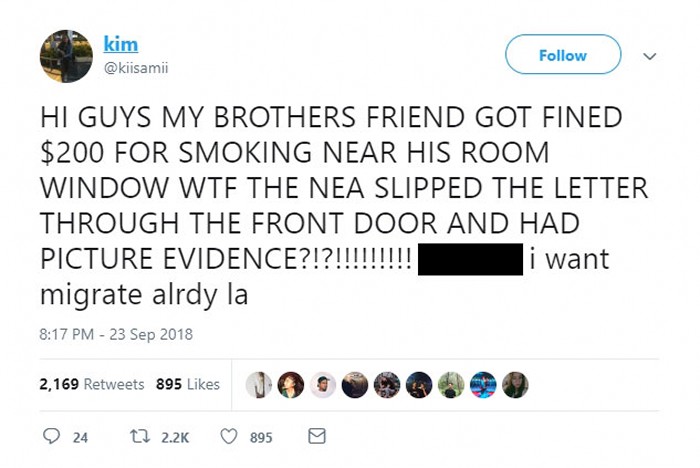 Photos of an NEA camera were posted in reply to @kiisamii's tweet. 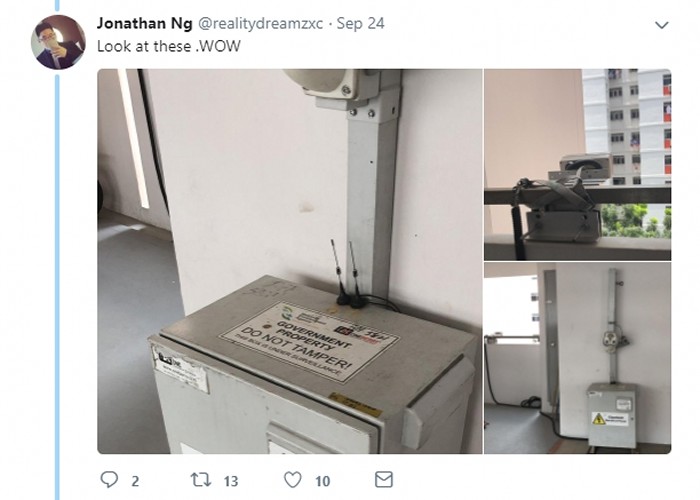 Several Stompers alerted Stomp to the photos of the camera and a screenshot of @kiisamii's tweet circulating on social media. 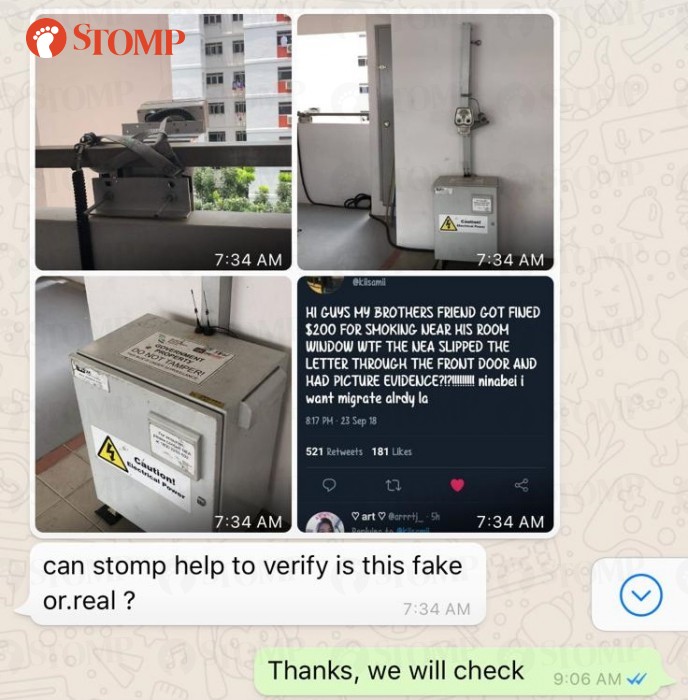 Some netizens then claimed that the cameras were installed to catch people "smoking in bedrooms". 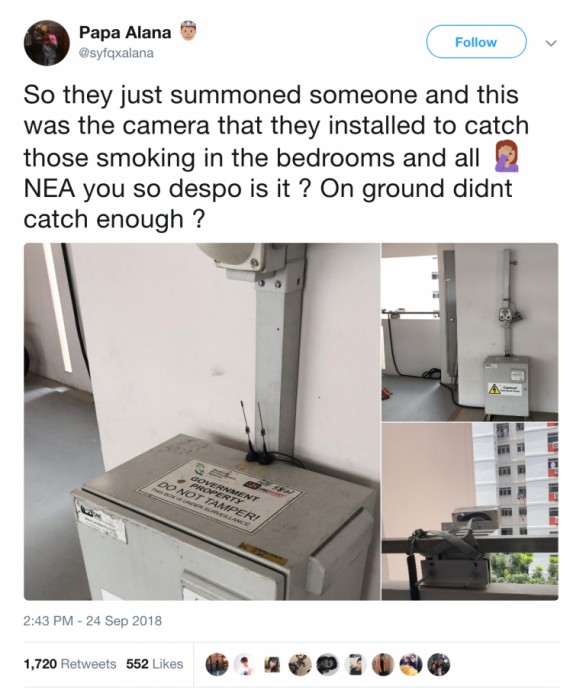 However, several netizens expressed doubt and asked for "evidence" to substantiate these claims. 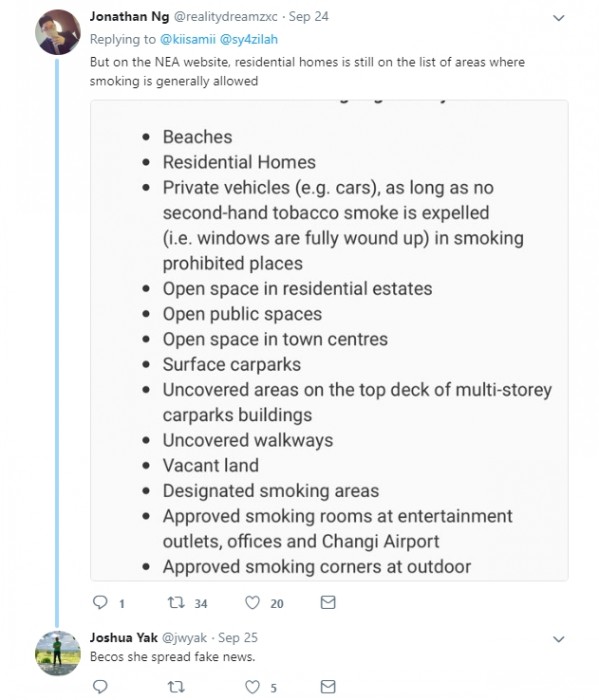 In its Facebook post, the NEA clarified that the cameras are only used for high-rise littering enforcement.

It reminded the public not to be "smoked" by everything they see online and listed three facts about smoking and littering offences:

It also said to beware of fake news.