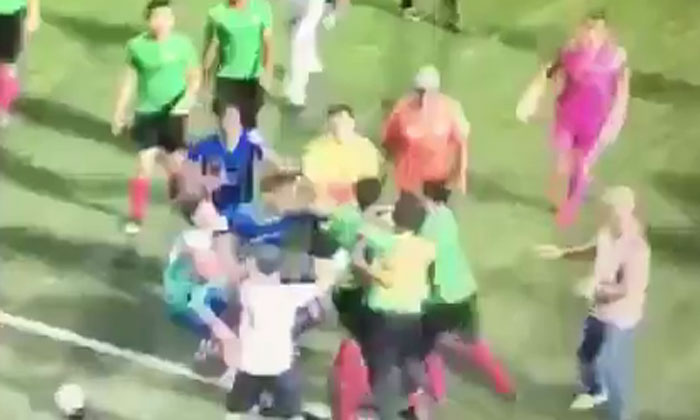 Things got heated in time added on in the second half, when Sentek Mariners' defender Zulfadhli Suzliman was sent off with Safsa leading 3-2.

"Zulfadhlitold me Nazirul (Islam) verbally abused his mother and he retaliated with a kick, which led to his red card although Nazirul was not booked.

"I was paying attention to the both of them when another scuffle involving the reserves broke out at another corner of the pitch."

The Football Association of Singapore (FAS) said in a statement released at 12.09am today (Nov 12) that police arrived at the venue to take statements from both teams after the match was completed.

"The FAS does not condone any ungentlemanly behaviour that taints the name of our sport, and brings it into dispute.

"As the matter is under investigation, we are unable to make any further comments."

Stomp previously reported on Safsa being involved in a scuffle on Oct 1 last year in the Singapore FA Cup first-round match at the Gombak Stadium with Balestier United Recreation Club.

The game was halted by the referee in the 88th minute when a fight broke out with Safsa leading 2-1.

The match was later abandoned.

After two hearings, Balestier were banned from participating in the FA Cup for two years and fined $1,000.

Related Stories
SAFSA captain watching football match chased and attacked by opposing team after one of them gets red card
FAS to take action over brawl at local football match
More About:
fight
dispute
sports
Football