Naked woman in Woodlands supermarket? No, it didn't happen in Singapore 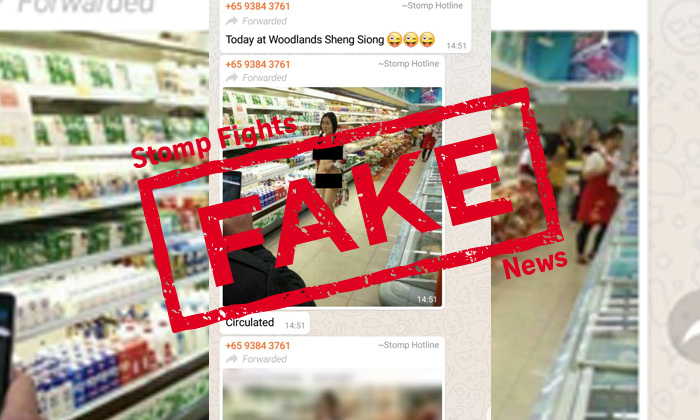 A circulated photo of a naked woman walking in a supermarket that is alleged to have happened in Singapore has been debunked as fake news, as it did not occur here.

Stompers Christopher and Dennis alerted Stomp to the photo of the woman, accompanied by a message claiming that this incident happened in a Sheng Siong outlet in Woodlands.

The woman is seen leisurely walking past the dairy section in the nude, clad only in an outerwear, with a bag slung across her chest. 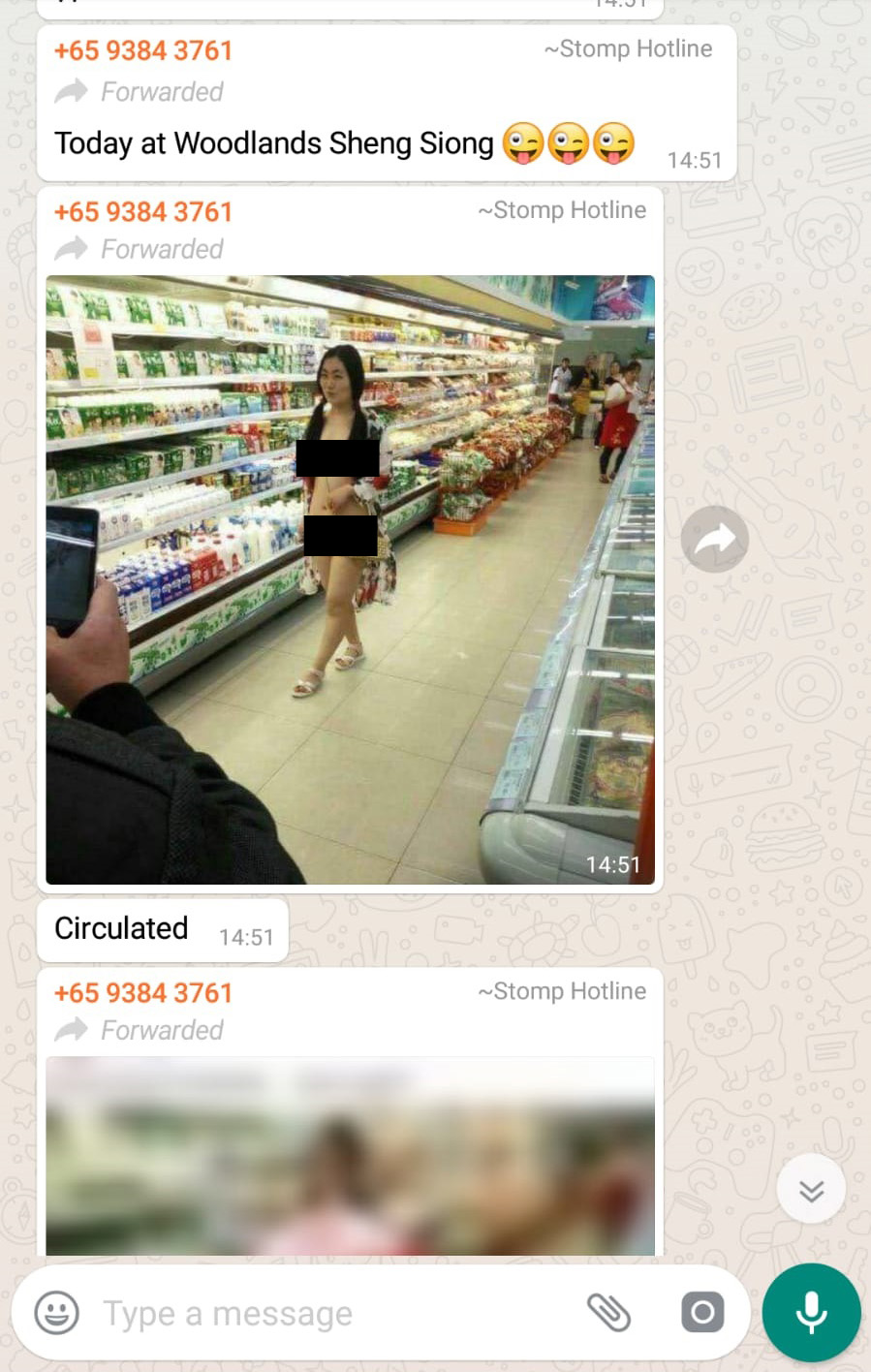 However, according to an article on a Chinese website, the photo reportedly went viral online in 2016.

The website went on to rebuke the claim that it had happened on the second level of a supermarket in Baise, a city in China, by pointing out the difference between an alleged supermarket in Baise and the supermarket that the naked woman was in. It did a comparison on how different the floor tiles and the end of the aisle looked in both pictures.

According to another website, the incident allegedly happened in Taizhou, a province in China.

Several netizens also criticised the woman for her behaviour.

A comment read: "Cruel. Frightening people this early in the morning. Miss, aren't you cold?"

While another one said: "This is a disgrace to women."