Naked man unfazed while on 'catwalk' at Old Holland Road 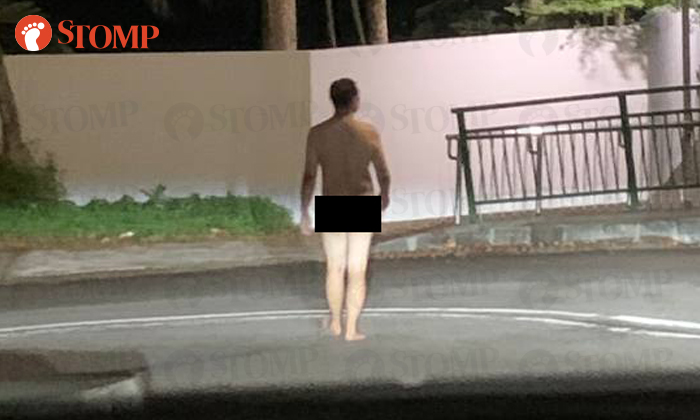 A man went for a midnight stroll in the Old Holland estate on Friday (August 5) — in the buff.

Stomper Christine and her husband were shocked to see the completely nude man while driving along Old Holland Road, but the latter remained unfazed.

Christine recounted: "My hubby and I were on a late-night drive and ended up getting lost at the Old Holland estate, near Holland Rise.

"As we turned into East Sussex Lane at midnight, we suddenly saw a BUTT NAKED man ahead of us.

"He seemed to notice our car lights because he stopped momentarily and tilted his head back. However, he continued sauntering forward, COMPLETELY unfazed.

"He did not even quicken his pace, run away or try to find somewhere to hide. He was just strutting about the main road without any sense of urgency, like machiam catwalking on his grandmother's road!!!!

"We were stunned! I was also a bit scared as it was so unreal seeing this.

"What's a butt naked grown man doing, loitering around at an off-road location at almost exactly midnight (and it's the Hungry Ghost Festival)??"

Christine said she did not call the police and decided to leave quickly.

"We decided to zoom away in our car as we don't want to disturb any bad spirits, right??" the Stomper added. "Fortunately, my kids weren't around."