Naked man attacked by jealous BF: Two-timing woman shares how it all started with sex video 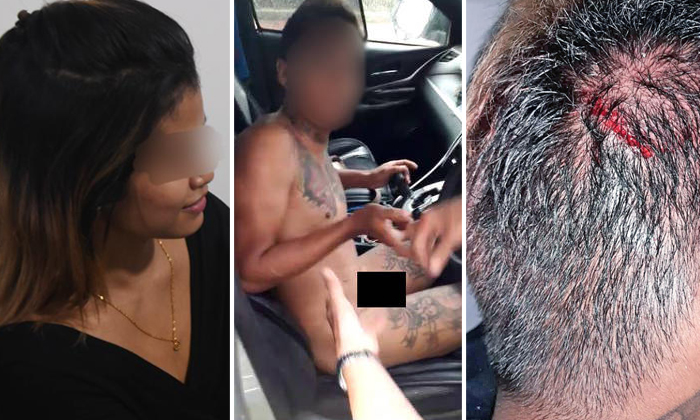 A woman at the centre of a love triangle, which resulted in both her boyfriend and her lover being arrested, has spilled all about their relationship.

A video that went viral last week shows a naked man hiding in a car as another guy is heard threatening to kill him. It was earlier reported by Stomp that both men were subsequently arrested.

According to Shin Min Daily News, the two men were fighting over a "young and beautiful" woman, identified as 27-year-old 'Ellie'.

The two men involved in the love triangle are:

Ellie told Shin Min that she has been dating J for three years. The couple used to stay together but are currently living apart.

She got to know Z about a year ago.

However, J was in the dark about her affair with Z until recently.

Here is a sequence of events according to Ellie:

Recounting the incident on Sep 4, Ellie said she and Z were asleep in her room when J suddenly barged in, shocking the both of them.

She added: "Z was sleeping in the nude when he saw J opening the door quietly and reaching into his pocket, like he was about to brandish a weapon.

"He was so frightened that he ran outside without even wearing his pants."

According to Ellie, Z was so shocked that he fled without putting on any clothes because he recognised J from the first attack. 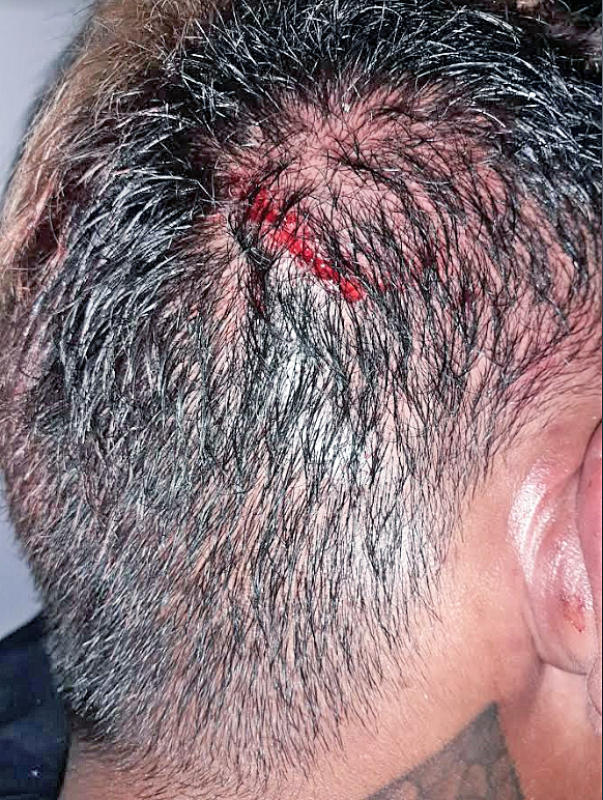 Ellie also confessed to two-timing J, but refuted claims that she had committed adultery as all the parties involved were unmarried.

This was in response to online claims that Z had been beaten up for messing with a married woman, which Ellie said was a rumour started by J.

To back up her story, she showed reporters her marriage certificate with another 31-year-old man as proof, and said she is currently divorced. 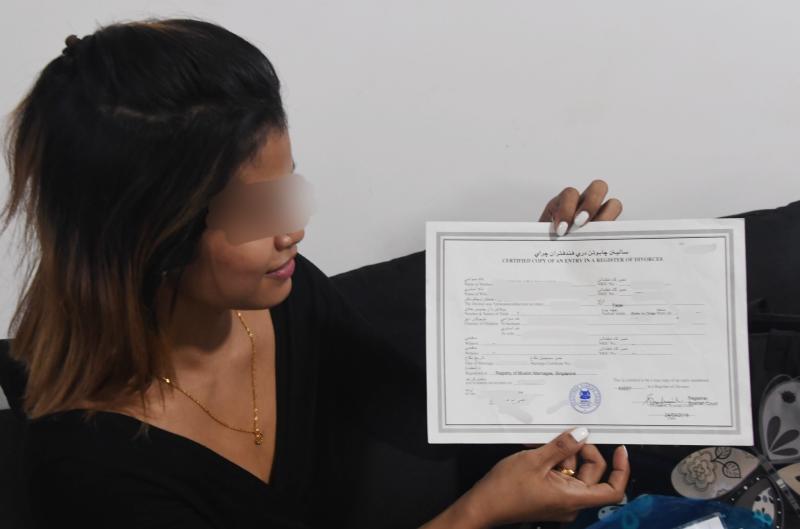 Ellie also accused J of taking away their 15-month-old son, who had been living with her, after the assault on Sep 1.

"I am worried about my son but dare not look for him in case he gets frightened again. I can only fight for his custody through legal means," she added.

Ellie said she did not know that J still had her house keys.

Besides adding two locks to her door for extra security, she has also changed her mobile number and plans to apply for a Personal Protection Order.