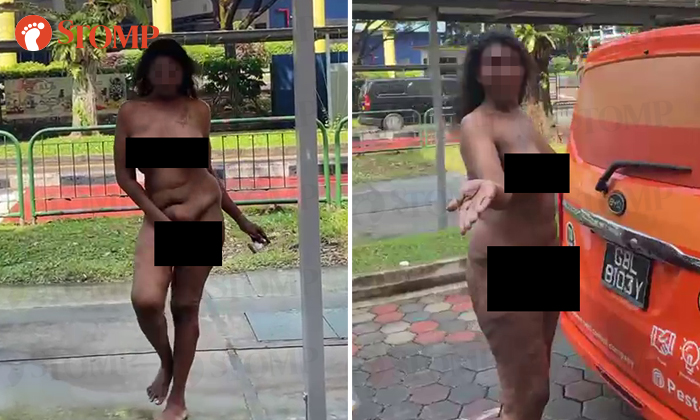 Passers-by were shocked by the sight of a completely nude man in Ang Mo Kio on Saturday afternoon (July 2).

A Stomper and his friend encountered the man near Block 502 Ang Mo Kio Avenue 5 at around noon and shared videos of the incident.

One video shows the man walking under a sheltered walkway in the buff. He then turns around and starts approaching the Stomper while swaying his hips.

The Stomper can be heard laughing.

When the naked man approaches, the Stomper's friend immediately backs away.

The Stomper said: "I saw the man walking around naked from a distance and noticed him coming towards us. He tried to harass us. We ran and he just went off, but was later arrested by the police.

Another video shows the naked man walking in the direction of Block 529, while a third clip shows police officers at the scene.

In response to a Stomp query, the police said they received a call for assistance along Ang Mo Kio Street 53 at around 12pm.

"A 39-year old man was subsequently apprehended under Section 7(1) of the Mental Health (Care and Treatment) Act 2008 and public nuisance," they added.