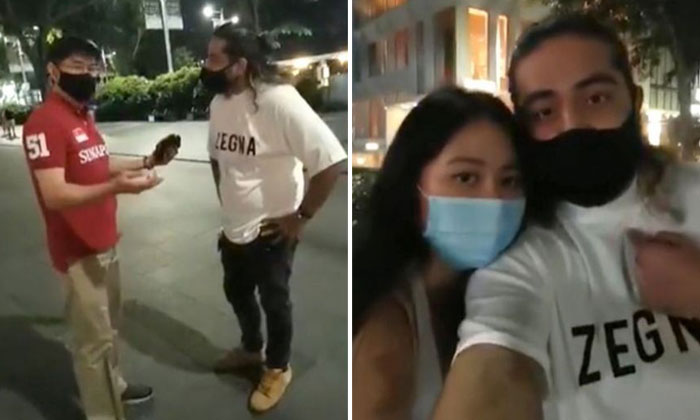 Former polytechnic lecturer Tan Boon Lee has issued a formal apology for his racist outburst against an interracial couple, which was caught on video last month.

In a letter issued on Friday (July 9) by his lawyers from Eugene Thuraisingam LLP, the 60-year-old acknowledged that his words were unacceptable and said he was deeply sorry for them.

The incident was "out of character", he said, adding that he had been struggling with a personal matter that had caused him grief and pain.

"Nevertheless, my personal problems are no excuse for my actions," he wrote. "I realise now that although I spoke from a place of deep personal pain, my words were bigoted, discriminatory, and insensitive."

Mr Tan, who used to teach at Ngee Ann Polytechnic, has since been dismissed.

The Straits Times understands that police investigations into the incident are still ongoing.

"I now wish to apologise to those in the wider Singaporean community whom I have hurt and offended with my words," he wrote.

He added that the incident has prompted him to "dig deep" and reflect on his own behaviour and motivations.

"I recognise my shortcomings and wish to learn from this incident," Mr Tan said, adding that he will work on his flaws to ensure that he will not make the same mistakes again.