My husband is a mama's boy and needs to man up 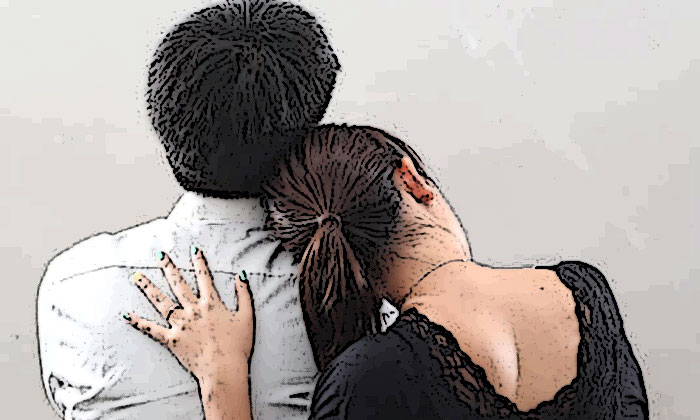 I am in my late 20s and have been married to my husband (who is the same age) for almost a year. We dated for more than five years and during that time, he was patient and never raised his voice.

Things changed once we started to plan for our marriage. He seldom helped me with the wedding planning or when we were renovating our new house even though I asked him to. He would sometimes show me a sour face because he didn’t like doing these tasks.

I also realised that he was a mama’s boy – he did whatever his mother suggested without having his own opinion although the decisions sometimes affected me as well, for example, the issue of renovating the house. With me, he was a bad listener because he never paid attention to what I said. He didn’t bother to think beyond what needed to be done and let me plan most of the things. I was tired, lost and decided to go ahead with the wedding. He promised me he would improve.

Immediately after we got married, I caught a glimpse of a text on his phone, which sounded rather odd. It was from a girl and I requested to have a look at their text conversation. But he immediately deleted the text. I do not have proof so it was his word against mine. We had a big fight but reconciled. However, I am not able to forget the trust that has been broken. I am thankful that we do not have children yet as that would further complicate our relationship.

I am writing in because a lot of the time, I feel we are not compatible. We communicated on all the issues I have mentioned but his way of thinking is simply different from me.

He said he will change. But can a person change his personality just like that? Is this normal? I feel stuck whenever the problem surfaces because deep down I know we will not be able to resolve the issue. He is the way he is. I am lost and feel like giving up…

It sounds as if you and your mother-in-law are fighting an undeclared war where the prize is control over your husband. These fights aren’t open but involve wrangling over how your wedding should run, what should be done to your home, and so on. From your description, your husband is ducking the problem by switching off. Also, you are afraid that he may be cheating.

Conflict with an MIL is a classic issue, and you need to be more specific about the causes in order to figure out your options.

If she’s, generally speaking, a nice person, you need to consider that she may have legitimate concerns. Marriage may be a wrench for her if she feels she’s “lost” her son. Also, she may be worried about money as setting up a new home can be very expensive.

If she is nice, then you should reassure her.

However, if she has been mean all the way through your courtship and marriage, then this is a toxic situation you have to manage. The rules for this are fairly standard: set boundaries, don’t engage or escalate fights, and recognise this is a life-long situation.

Also, when setting boundaries, you need to have a plan to deal with transgressions. For example, if she starts her thing, you just get up and leave. This is more effective if you have an ally – ideally, your husband.

Now, about him. It’s hard to say what he was doing with that text. Does he come from a family of men who cheat? Does he have a history of cheating? Or was he annoyed with you and did he erase the text out of sheer frustration? Only you can decide what kind of man he is and what is most likely to be going on there.

Let me ask you a question: You’ve got another 40 years of marriage before you. How do you feel about that?

If the answer is gut-wrenching horror, then you have a real problem. If you think you married a cheat, and it’s heartbreak all the way, then consider divorce. As you say, you don’t have kids, so you can walk.

I’m thinking, though, that you liked him enough to marry him. So there must have been some spark there. If you can get your MIL out of your marriage, and reassure yourself that he’s not a cheating creep, would the love come back? If so, then you need to talk. Not lecture or moan, but really talk.

Let me tell you something else: Generally speaking, the first year of marriage is horrible. I have no idea why, but there is something about that promise “forever” that freaks most of us out. Even the happiest and strongest of marriages tend to have very rocky first years. So please, don’t be in a rush, okay? Think before you act. Also, don’t have kids until you are certain you are in this relationship for life. Because once you have kids, your marriage is as much for them as it is for you.

Suppose you want to stay: My suggestion is that you remind your husband that marriage is a partnership and that you have two issues that must be tackled properly. Deal with this like a business difficulty and be practical. Don’t assign blame; pinpoint the exact problems and look for effective solutions. And remember, you don’t get to moan and he doesn’t get to duck out. Act like grown-ups who are building a foundation for life.

Related Stories
Is my boyfriend seeing a married woman?
"My girlfriend and her ex-boyfriend are too close"
Secret life as a social escort in Singapore: "Can I really control who I develop a crush on?"
More About:
confessions
couple
relationships