'My daughter is in NUS, should I be worried?': TNP columnist on Monica Baey saga 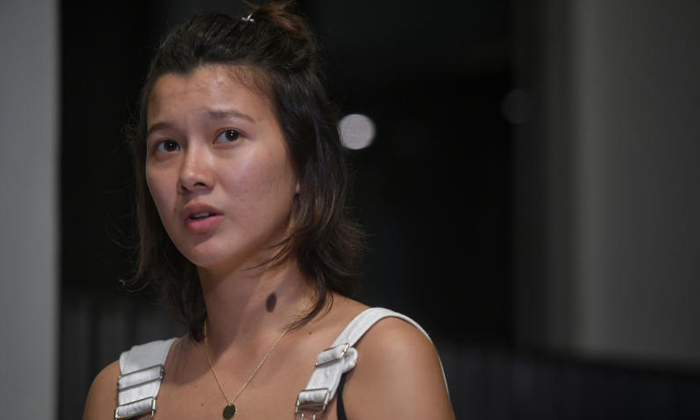 My daughter, a first-year National University of Singapore (NUS) student, once told me a joke: What do NUS and Nanyang Technological University (NTU) students have in common?

Answer: They all applied to NUS.

I think she read it in NUSWhispers.

After last week, there is another answer: They may be secretly filmed showering on campus.

Last week, besides Avengers: Endgame spoilers, all anyone could talk about was NUS student Monica Baey.

She posted an Instagram Story about catching another student filming her in the shower, which resulted in Facebook posts by two ministers and a disappointing NUS town hall meeting on Thursday.

We also learnt that 26 cases of sexual offence had been brought before the NUS disciplinary board over the past three years. That works out to be approximatelyone sexual offence every six weeks.

Also last week, two cases of an NTU student being filmed in the shower were reported within days of each other.

And all these are just incidents that have been reported. There could be more perpetrators who were not caught.

I certainly didn't read about it in the university prospectuses when my daughter and I were deciding which school to apply to after she got her A-level results last year.

There is apparently no global ranking of universities based on the number of perverts matriculating in the school.

By the way, it's not true that matriculation causes blindness.

In any case, a bigger factor in picking a university is the school's remoteness from civilisation, which was why NTU wasn't our first choice.

After all, we chose NUS even though we were aware of the sexualised freshmen orientation games scandal of 2016.

That was when then Acting Minister for Education (Higher Education and Skills) Ong Ye Kung felt it was necessary to point out on Facebook that "pretending to ejaculate into the face of a fellow student" is a "reprehensible act that cannot be tolerated".

I'm happy (and relieved) to report that my daughter attended an NUS freshmen orientation camp last year and did not witness anyone pretending to ejaculate into anyone's face or she would have told me.

However, in the wake of the Monica Baey revelations, my daughter received a series of e-mails from NUS last week that were more concerning than reassuring.

The first was an April 21 e-mail from the NUS Students' Union Exco, saying that sexual harassment "is a serious community problem" and victims should report such matters to the school. The Exco added that if victims are told not to report, they should report that too.

Later that day, the Dean of Students sent an e-mail about how NUS "does not tolerate sexual misconduct" and that a committee will be convened "to review the current student disciplinary and support frameworks".

Then on Friday after the town hall, the Students' Union Exco sent an e-mail to express "extreme" disappointment in how the town hall was run.

Later that day, the NUS Provost sent an e-mail regarding the town hall to "acknowledge that there was some disappointment", which makes you wonder, if NUS couldn't even organise a town hall competently, how is it going to do all the things it said it was going to do?

To top it all off, NUS and the Singapore Food Agency are investigating after two separate outbreaks of food poisoning on campus earlier this month.

So not only does my daughter have to watch out for perverts in school, she has to be careful of the food too?