Mum of five gets back $1.9k she lost and over $15k in donations thanks to the power of Stomp 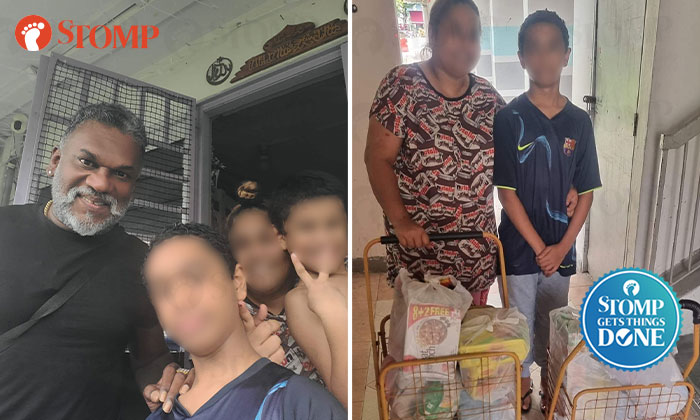 The story of a mother of five who was left with only $0.60 in her bank account after losing $1,900 in financial aid touched the hearts of Stompers who quickly rallied to raise funds for her and her family.

Stomper Marina earlier shared with Stomp that she had visited the ATM at 409 AMK Market And Food Centre on July 31 to withdraw money that was financial aid she had received from the Social Service Offices (SSO).

She recalled placing the money in her bag but when she reached home, she could not find it.

The loss was devastating for Marina and her family as the money was to pay for their monthly bills, food and her children's school fees.

After her story was published on Tuesday (Aug 2), Stomp received an outpouring of messages and emails from kind readers who wanted to help Marina.

To date, Marina has received over $15,000 cash from over 50 donors who also contributed vouchers, groceries and other items for her and her children. 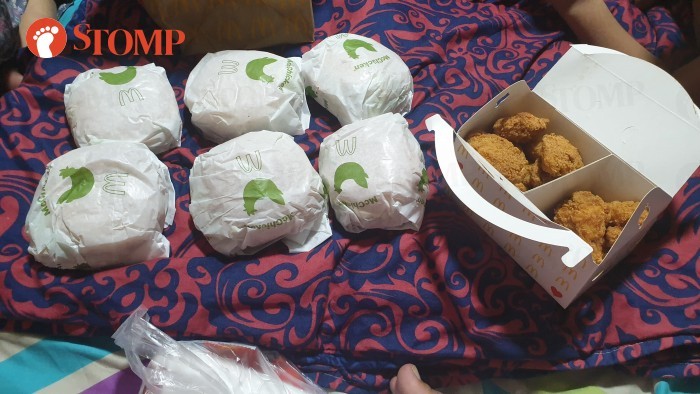 "I was about about to give up on life and all these kind souls just stepped in and helped," she said.

"They have helped five kids to carry on with their lives and to also have a mummy."

Stomp also received a message on Thursday night (Aug 4) from a person who claimed to have found Marina's envelope.

Although they declined to be interviewed or to share more details, they shared with Stomp a screenshot of their transaction receipt of $1,900 transferred to Marina's account.

Marina told Stomp she is overwhelmed by the support and generosity shown to her by total strangers.

"I feel very blessed as there are so many kind souls around," she said.

"They were all very friendly and understanding and gave me the encouragement to keep fighting.

"I really want to thank every single person that has helped me even with words of encouragement and all.

"I feel so blessed and I will be more careful in the future.

"Throughout this experience, I have met so many people who are kind."

Many readers said they sympathised with Marina and acknowledged that life is not easy raising five children.

Stomper Edwin said: "Losing $1.9k by accident, on financial aid and being a mother of five, I can only imagine how her world came to a halt in that very moment when she realised she could not find her money.

"I'm just doing what I can, in my limited capacity to help another in need.

"A couple less Grab rides in exchange for helping out another family's sustenance? Absolutely worth it."

Stomper Ridhuan told Stomp he was moved to tears and donated to Marina's family in memory of his late wife, Rafidah Sapari, who died of cancer at just 49 in 2020.

"My wife believed in giving and would love to help whenever she could afford to do so," he said.

"We did not have much to give especially in the last few years because she was in the advanced stage of her cancer and so more funds were needed for her alternative treatment.

"But that still did not stop her from giving whenever she could.

"What I did is in honour of my late wife's wishes and I sincerely hope that I can carry on her wishes as best as possible in her name."

Stomper Roger Rajan shared with Stomp that Marina's plight gave him a sense of déjà vu as he had experienced a similar incident 20 years ago.

"I had custody of all four of my children, who were very young at that point of time," he said.

"I faced numerous difficulties to provide for my children and struggled very much to even pay my utility bills.

"Marina's plight immediately reminded me of that dark period in my life.

"I immediately contacted Stomp and enquired if there is any way I could be of assistance to Marina.

"I am deeply appreciative of Stomp's efforts to bring Marina's state of financial dilemma and make it known to the general public.

"When I was experiencing the same issues all those years ago, there was no social media platform for me to ask for help."

Roger added that he has since overcome all of his obstacles and arrived at a comfortable position.

"I am of the strong opinion that I have the basic duty as a human being to reach out and do whatever that is within my means."

Roger was one of many readers who visited Marina and her children in person at her home. 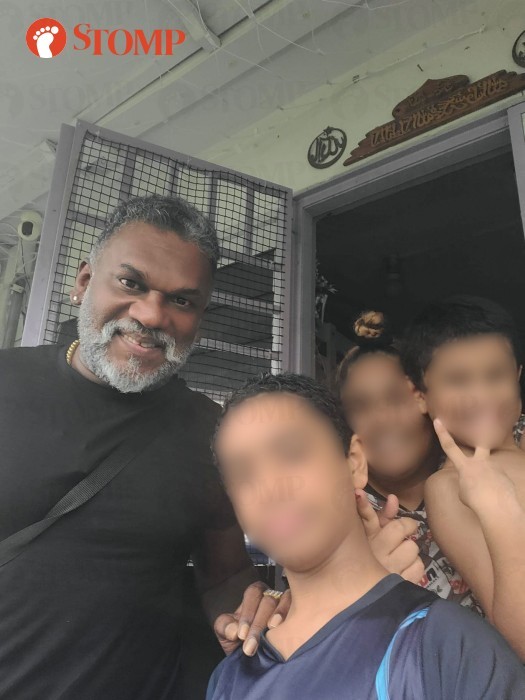 Stomper Roger Rajan, Marina and her sons. She requested her family's faces be blurred for privacy. PHOTO: STOMP

"Marina and her children were absolutely joyous when I arranged a meeting with them," he said.

"Seeing those wide smiles etched on the young children's faces will always be an indelible memory that will stay with until my last breath.

"I still keep the pictures that I took with Marina and her kids up till this day to remind me of my dark times and to also remind me how I overcame all those obstacles.