Mum fainted after she found out her 21-year-old son sexually preyed on 19 girls: 'I have to forgive him' 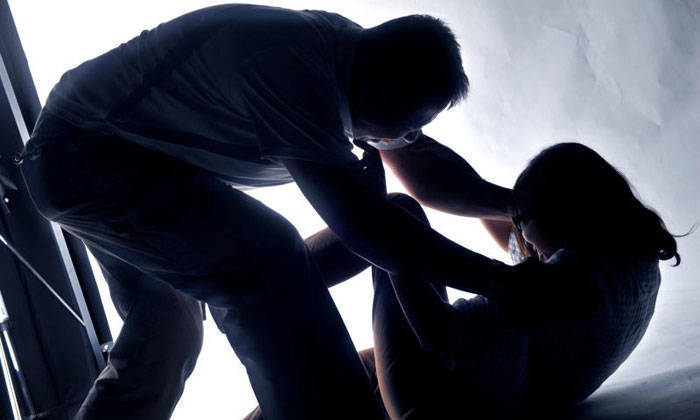 Madam Linda Tahir fainted from the shock at the hawker centre where she works as a cook.

On June 12, Muhammad Anddy Faizul Mohd Eskah was sentenced to 22 years in prison and given the maximum 24 strokes of the cane after he was convicted of nine charges of rape, aggravated statutory rape, statutory rape and sexual assault.

Another 59 charges, including criminal intimidation and insult of modesty, were taken into consideration for sentencing in what High Court Justice Chan Seng Onn called "one of the most shocking and horrifying" cases of sexual crimes to come before the court.

Madam Linda, 50, told The New Paper that she knew Anddy was in trouble with the law, but he refused to give her any details.

"When Anddy was due to be sentenced, he told me not to go to court as he was afraid I would faint. So I found out what he had done only after the news reports came out," she said in Malay.

"My mind went blank and I fainted after my boss read me the first paragraph."

In tears, she added: "Imagine finding out your son had just been jailed for 22 years for being a sexual predator."

Since then, Madam Linda said, her neighbours have called her names and given her dirty looks.

Relatives and friends have shunned her and blamed her for being a bad mother.

Open packets of cooked food were also left at her doorstep anonymously.

"I did not dare to eat the food in case it was poisoned," she said.

Madam Linda said that she was in distress after Anddy, who turned 21 on Tuesday, became the latest man in her life to end up behind bars.

He was just 15 when he began his spree of sexual offending in April 2015.

One underage victim got pregnant and gave birth to a girl. Among the girls he raped in the two-room flat he shared with his mother were an 18-year-old with mild intellectual disabilities and a 13-year-old minor.

Madam Linda said Anddy often had the flat to himself as she worked long hours, but she never imagined he would do something like this in their home.

She described Anddy as a quiet boy who mostly kept to himself even as a child.

Noting how he would often repress his feelings, Madam Linda said she had an abusive relationship with Anddy's father, her first husband.

"Anddy was a good student, but I know that deep down he had a lot of pent-up anger towards his father."

Her former and current husband are in jail for drug offences, and her younger son is in reformative training until next July for loan sharking activities.

Madam Linda, who now lives on her own, added: "As a mother, I sometimes feel like I have failed, for him to commit such crimes. But at the same time, there is only so much I can do."

She said Anddy had mixed with bad company while studying at the Institute of Technical Education College East.

A former close friend, Mr Hatta Azad Khan Zulkifli, 20, told TNP earlier that Anddy was friendly and popular with girls when they were in secondary school.

But they later drifted apart after Anddy started mixing with the wrong crowd and became anti-social, Mr Hatta added.

Madam Linda said that Anddy would disappear for days and not be contactable. Both her sons often kept their lives secret from her, she added.

She later arranged to speak to Anddy in prison over the phone, during which he finally opened up about his offences and asked for her forgiveness.

Sobbing, Madam Linda said: "I told him that I'll forgive him but he must turn over a new leaf. He is my son. I cannot leave him so I have to forgive him."

She added that she will need time to come to terms with what he has done, even though she will never understand why he did it.

She lamented: "All the men in my life who were supposed to be there for me have let me down."