Multitasking driver holds mobile phone in one hand, cigarette in another 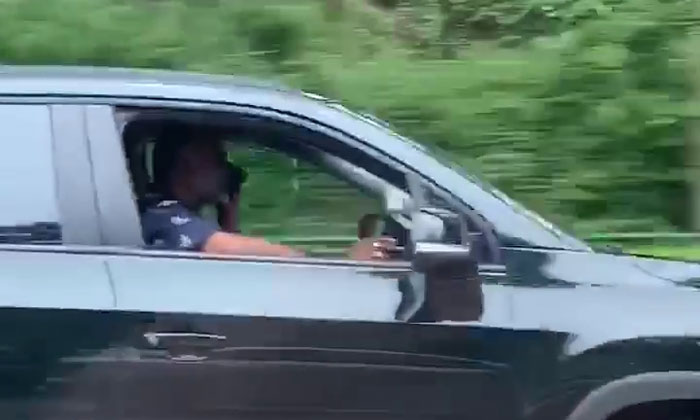 Multitasking is an admirable skill -- but not when it involves breaking the law.

A man was caught on video holding his mobile phone with one hand while driving, and flicking his cigarette out of the window with another.

A video of the incident was posted on SG Road Vigilante's Facebook group page. It is believed to have been taken on Mar 23.

The clip has since garnered over 24,000 views with netizens slamming the driver's actions and calling for him to be reported to the authorities. 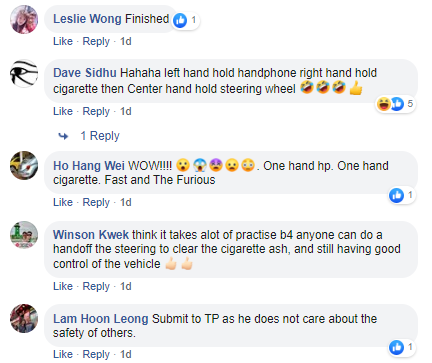 It is illegal to hold any type of mobile device while driving, according to the Road Traffic Act.

However, using a mobile device when the car is stationary is permitted. It is not against the law to use it while your vehicle is stationary at a red light.