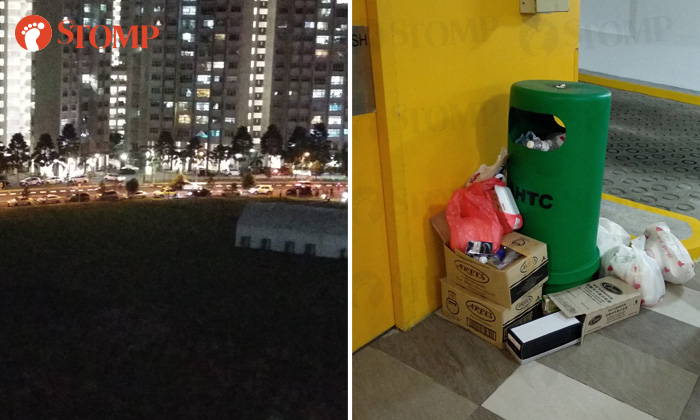 Several Stompers, who are Hougang residents, were distressed by the litter, the noise, the "chaotic" parking, and the congested traffic caused by those visiting the condominium showflats in Hougang.

One of the residents said that it even started as far back as four weeks ago.

Stomper Annoyed Resident, who stays at Hougang Parkview, had alerted Stomp to a video that was circulated on WhatsApp.

He said: "It started about four weeks ago, on Fridays, Saturdays, and Sundays.

"I knew that they were visitors because I stay here for about four years so I kind of know how the traffic is usually like during weekends.

"And those people were all wearing property agent tags and holding brochures of Park Colonial, Riverfront Residences, and Stirling Residences.

"Many people parked their vehicles illegally anywhere they desired, I even overheard someone saying paying a $70 fine is nothing compared to the tens of thousands they get to save. 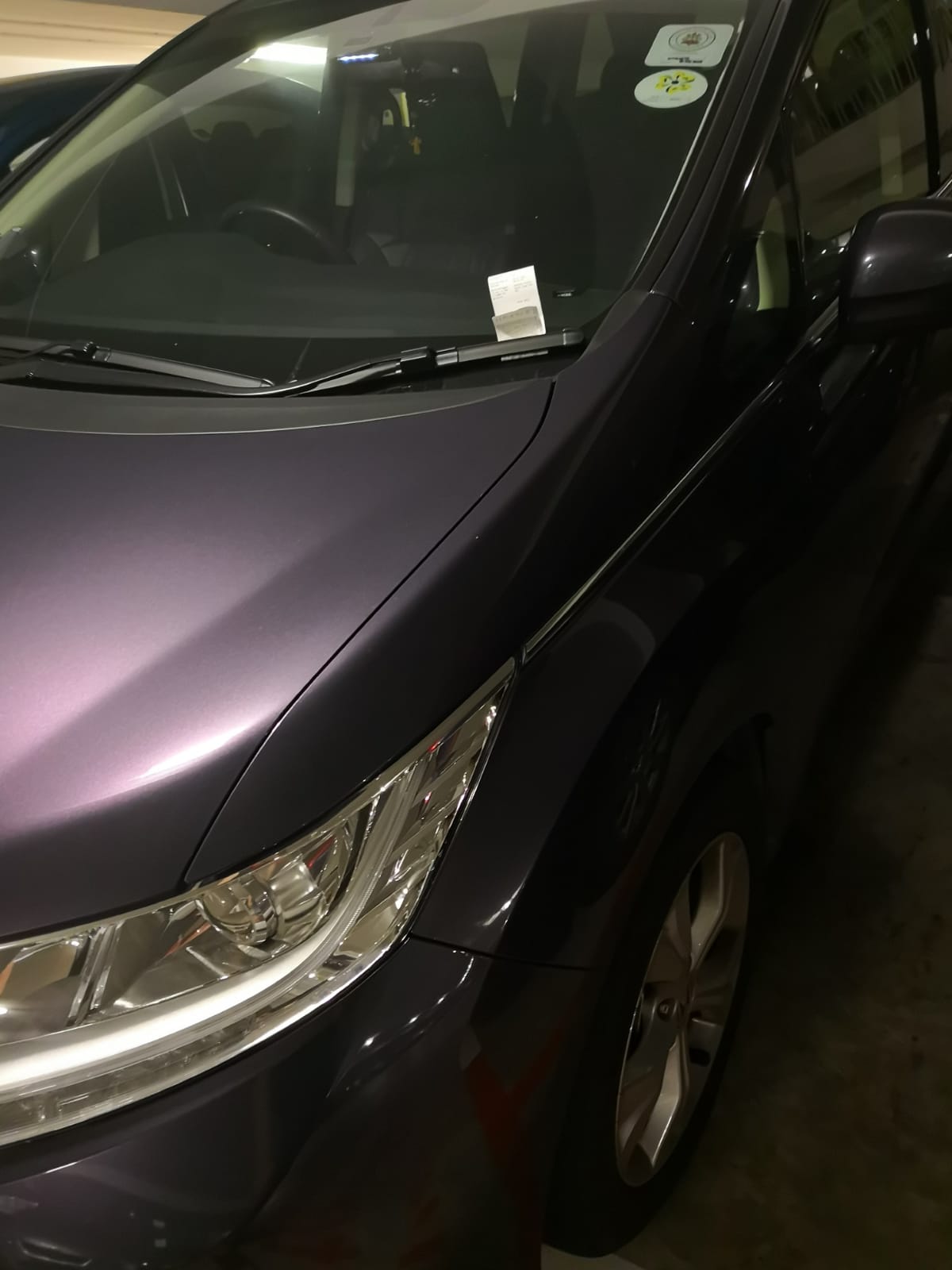 "I saw property agents waiting for parking lots too.

"Then residents like myself who purchased season parking ticket have no parking lot to park our own vehicles at our own residential area.

"Last night (Jul 5) at around 12am, there were still residents, including myself, who were waiting for parking lots. Some even had no choice but to park along the road because there was really no space.

"It caused traffic holdup and chaos."

Stomper Resident, who stays in Block 473B Hougang Parkedge, said that the disturbances started about two weeks ago.

In a photo shared by Resident, a bin is seen being surrounded with rubbish at a multi-storey carpark. 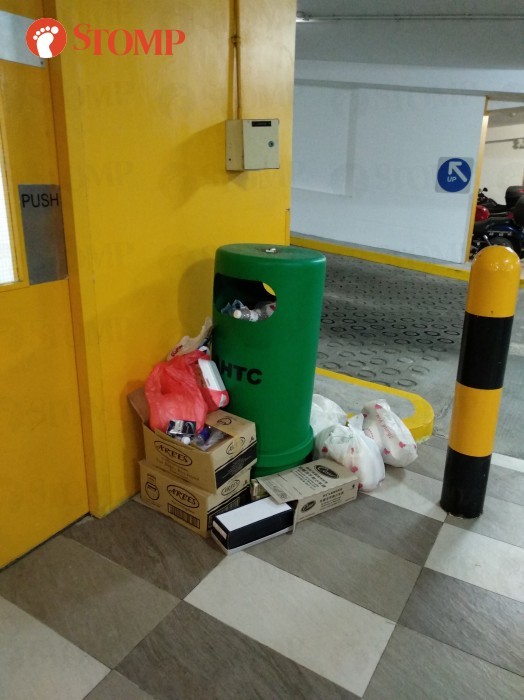 She said: "It was at about 12am on Jun 30 when I saw this, it was at level one of the multi-storey carpark.

"I believe these were thrown here by the valet parkers because I saw them drinking that same brand of water.

"The next day, there were also rubbish there at about 8pm. 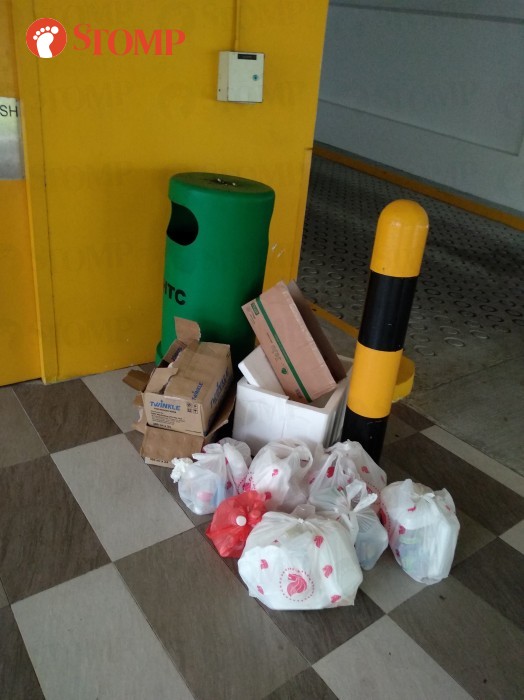 "Last Sunday (Jul 1) at about 11am to 1pm, the entire level six of the multi-storey carpark was also very occupied. There were also people eating and smoking there. 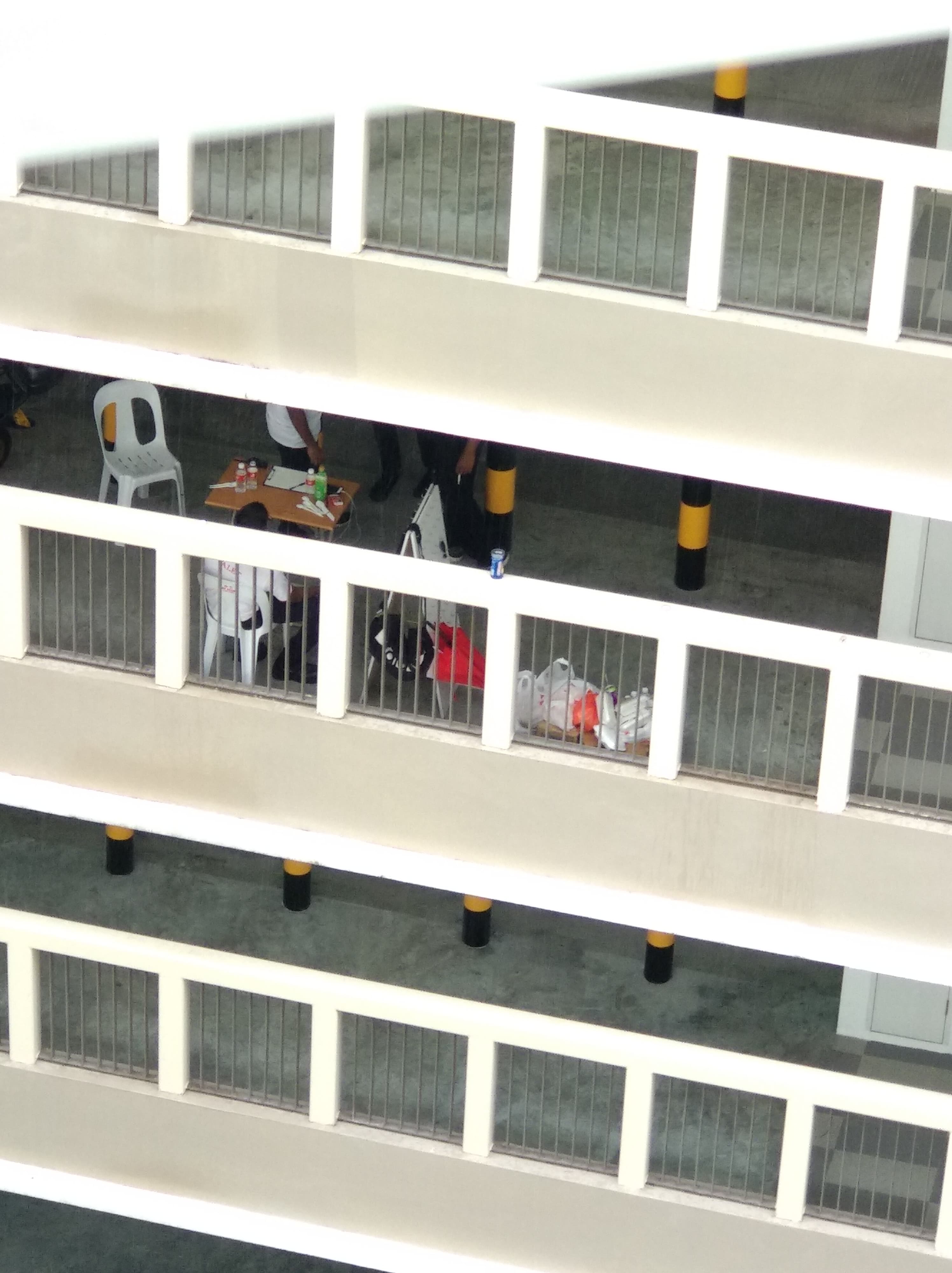 "And last night (Jul 5) from about 10pm to 11pm, many vehicles were parked along the road, obstructing the bus' way." 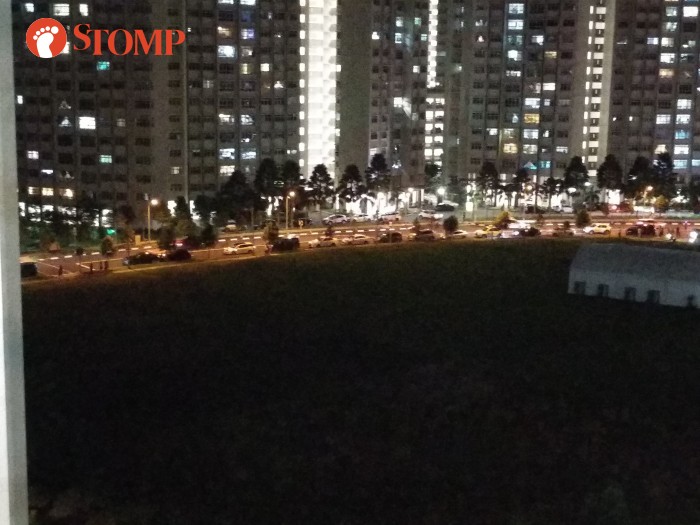 Stomper Anonymous, who was also a resident of Block 473B Hougang Parkedge, had also alerted Stomp to photos that were circulated on Facebook.

She said: "The carpark was fully occupied until the very last level."

The noises from the showflats also kept her up throughout the night.

She said: "I did not go to work today because I am too tired, I could not sleep last night because of all the noise, people were shouting slogans. I only went to bed at about 6am.

"My children were also woken up at about 1am by honking from the cars, as the main road was congested until about 3am. And they still have to attend school the next morning.

"It has caused us much inconvenience and stress.

"All these happened on three consecutive Sundays, and Sunday is the only day we can get a proper rest yet we cannot even have a break because of all the noise. Help us."