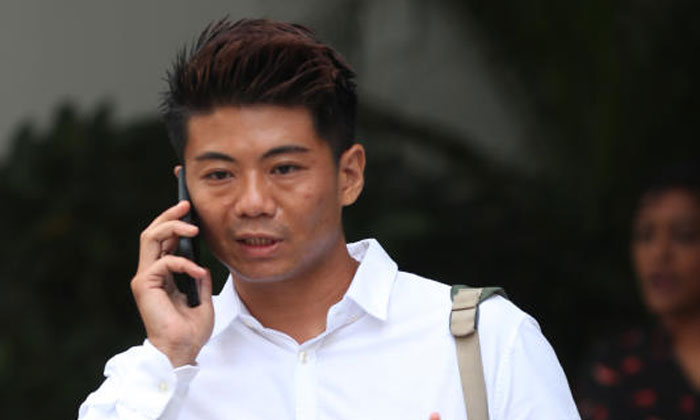 A muay thai instructor is accused of sexually assaulting a woman whom he was "massaging" after she attended a trial class at the gym he co-founded.

On the pretext of offering the 33-year-old woman a free "Thai massage", Tan Wai Luen got her to strip to her underwear and lie on a massage table where he sexually assaulted her with his finger, prosecution told a district court on Wednesday (Nov 13), at the close of Tan's trial.

Tan, 30, faces one charge of sexual assault by penetration.

He has flatly denied sexually assaulting the woman throughout the trial.

The woman, who cannot be named to protect her identity, had earlier testified to attending a free trial class at Encore Muay Thai on Oct 1, 2016, after she saw an advertisement on Facebook.

Tan was the instructor for her class, which was attended by three other women whom she did not know.

The woman was left alone with Tan after the class when the other three left, and he sat her down to discuss gym packages, said Deputy Public Prosecutor (DPP) Kavita Uthrapathy in her closing submissions.

But at some point during the discussion, Tan offered the victim a massage, and told her that he was the only one trained to do massages there, said DPP Kavita.

The woman accepted. While he was massaging her inner thigh area, Tan sexually assaulted her, the DPP added.

"(He) took it out immediately when she turned around to look at him and shouted 'oi'. The accused did not apologise or say anything to her," said DPP Kavita.

The massage then continued for about 10 minutes, and the woman left the gym thereafter.

She realised the gym's main door was locked from the inside, so people would be prevented from entering the premises, and "it dawned upon her that the entire ordeal was premeditated", said DPP Kavita.

The woman contacted another co-founder of the gym the next day about the incident, and the latter lodged a police report.

Tan conceded at the start of the trial to accidentally touching the woman's genitals during the massage, the prosecutor said.

He later went back on this and said "it was impossible" that he had touched her there at all, as he had "stopped performing the massage on her at her lower thigh area".

DPP Kavita said: "At the crux of the matter are the starkly opposing versions of events presented by the victim and the accused."

Both did not know each other prior to the incident, and there is no motive for the victim to make false allegations, she said.

"Set against this backdrop, the prosecution submits that the victim's evidence is reliable, unusually convincing and ought to be accorded due weight," said DPP Kavita.

"On the contrary, the accused's testimony is incredible, self-serving and rife with material inconsistencies."

The verdict of the trial is expected to be out next year.