Motorists stuck for up to 3 hours in massive jams at Woodlands, Tuas checkpoints 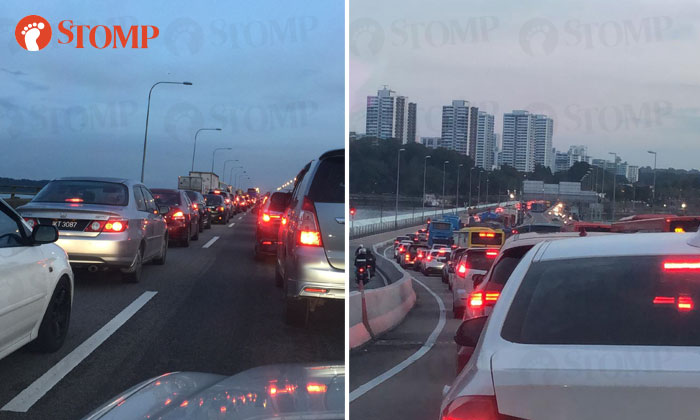 Stompers Timothy and Socialite were both frustrated at being stuck in jams for hours at Woodlands and Tuas checkpoints respectively on Monday (Dec 10).

Timothy told Stomp he was stuck for almost three hours in a traffic jam just before Woodlands Checkpoint.

"Traffic was at a standstill," he said.

"This was truly extraordinary, usually it only takes a maximum of one hour to get back to Singapore and traffic is relatively smooth."

The Immigrations and Checkpoints Authority (ICA) posted an update on their Facebook page at 11.30am alerting motorists to heavy arrival and departure traffic at Woodlands due to a backflow of traffic from Malaysia.

Socialite told Stomp that she was stuck for one-and-a-half hours at Tuas Checkpoint from 7pm to 8.30pm.

The ICA also posted an update on traffic at Tuas yesterday at about 3pm advising travellers that delays are to be expected.

"It doesn't make any sense," said the Stomper, who frequently drives to-and-from Malaysia.

"We managed to clear customs at the Johor side in about three minutes but were stuck on the bridge for over an hour.

"To be honest, it is like this every day.