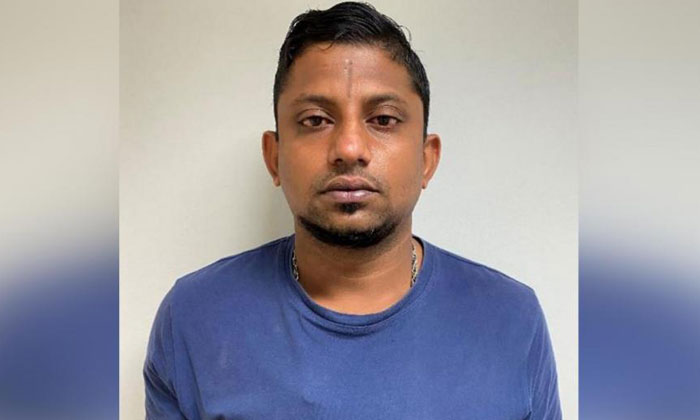 High on alcohol, a motorcyclist dozed off while riding and fell, prompting a passer-by to alert the Traffic Police.

After the officers found that he was intoxicated, he tried to bribe them with $55 to let him off, leading to his arrest.

On Wednesday (May 11), Malaysian Krishna Rao Narisama Naidoo, 35, pleaded guilty to three charges for offences that include bribery and drink driving and was jailed for four weeks, fined $5,000 and disqualified from driving for 30 months.

An additional charge was taken into consideration during sentencing and he will serve an additional five weeks' jail as he is unable to pay the fine.

The court heard that on Nov 21 last year, he drank three cans of beer at home and headed to his workplace at Pioneer Place. There, he drank another two cans before he left for home on his motorcycle at 10pm.

Deputy Public Prosecutor Sunil Nair said Krishna was riding along the Pioneer Road roundabout off the Ayer Rajah Expressway when he dozed off and fell as he lost control of the vehicle, causing it to skid.

A passer-by contacted the police, who turned up at the scene and noticed that Krishna reeked of alcohol.

After he admitted to the officers that he had consumed alcohol, he slipped a $5 note to one of the officers and said in Malay: "Please help. Please don't summon me too much."

The officers continued to interview him and conducted a breathalyser test, which Krishna failed.

As they searched him, Krishna reached into his bag for $50 and offered it to the same officer, saying: "You take this, we close the case, I go back home and sleep."

The DPP, who sought a sentence of four to six weeks' jail, a $5,000 fine and 30 to 36 months' disqualification from driving, said the officers did not accept the bribes and that Krishna was arrested on the spot.

In his mitigation plea, he pleaded with the judge for leniency and said that he was needed at home to look after his pregnant wife, who often suffered from headaches.

In his sentencing, District Judge Eugene Teo noted that Krishna was a first-time offender and also considered his personal situation.

The judge said: "It must be very difficult for you, but I must emphasise the seriousness of the corruption charge."

The Corrupt Practices Investigation Bureau said in a statement about the case on Wednesday that the maximum penalty for a corruption offence is up to five years' jail or a fine of up to $100,000, or both.