Motorcyclist thrown against car in 5-vehicle accident along KPE, 2 taken to hospital 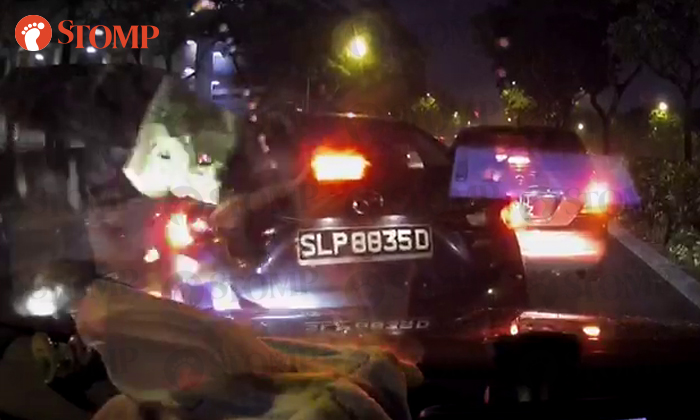 Two men were taken to hospital after an accident involving their motorcycles and three cars along the Kallang–Paya Lebar Expressway (KPE) towards the Marina Coastal Expressway (MCE) on Friday morning (July 20).

Stomper Hidir shared with Stomp a circulated video of the accident.

In the video, a motorcyclist can be seen getting thrown off his bike and being flung against a car.

The impact left a dent in the car and shouts can be heard in the background.

In response to a Stomp query, the police said they were alerted to an accident involving three cars and two motorcycles at 6.38am.

"Both male motorcyclists, aged 27 and 28, were conscious when conveyed to Changi General Hospital," added a police spokesman.