Motorcyclist taken to hospital after crashing into Audi car on BKE 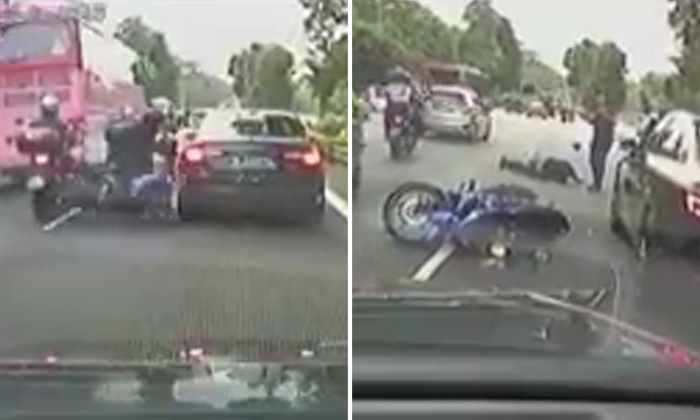 A 31-year-old man was taken to hospital after crashing his motorcycle into an Audi car on the Bukit Timah Expressway (BKE) on Tuesday morning (Jan 7).

In response to a Stomp query, the police said they were alerted to the accident along the BKE, towards the Pan-Island Expressway (PIE), at 7.29am.

The motorcyclist was conscious when taken to Ng Teng Fong General Hospital.

A video posted on Facebook page SG Road Vigilante shows the motorcyclist crashing into the rear of the Audi car and being flung onto the road.

The Audi driver and a male passenger can then be seen exiting the vehicle to check on the victim.

Many netizens praised them for doing so even though they did not cause the accident.

One user said: "The correct way to react, hats off to the Audi driver and passenger... Not a single moment wasted in aiding the rider..."