Motorcyclist taken to hospital after accident with lorry, taxi and car in Jurong West 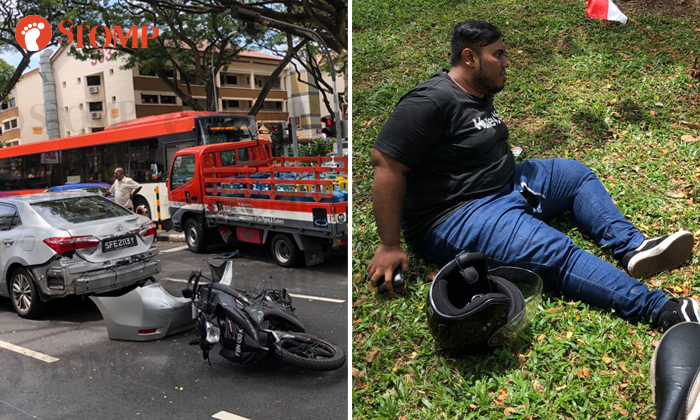 An accident involving a lorry, a taxi, a car and a motorcycle occurred at the junction of Jurong West Avenue 1 and Jurong West Street 42 on Thursday afternoon (Aug 2).

In response to a Stomp query, the police said that they were alerted to the four-vehicle accident at 12.38pm.

"The motorcyclist, a 24-year-old man, was conscious when taken to Ng Teng Fong General Hospital," added a police spokesman.

Stomp understands that the lorry and the car had been stationary at a traffic light, when the taxi, who could not brake in time, crashed into them.

Stomper Casey took several photos of the accident, which he contributed to Stomp.

In the images, a man believed to be the motorcyclist can be seen sitting on the grass patch.

His motorcycle's helmet box, the car's rear bonnet, as well as a shoe had fallen off and were lying on the road. 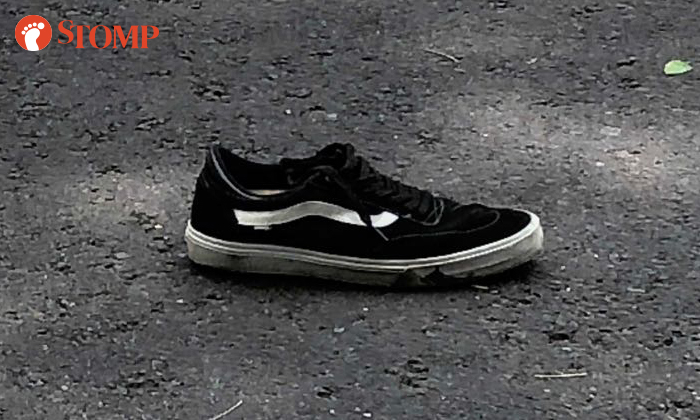 Casey told Stomp: "One motorcyclist was injured and taken to hospital.

"According to the driver of the car that was involved in the accident, his car and the lorry carrying butane gas were stationary at the junction as it was a red light.

"All of a sudden, a ComfortDelGro taxi hit his car, ending up between the car and lorry.

"The impact caused the lorry to mount the kerb. The motorcyclist jammed on his brakes and hit the back of the car."