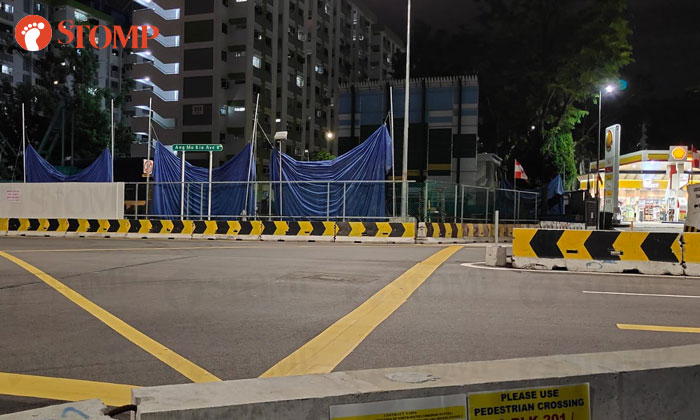 A 24-year-old motorcyclist was taken to hospital after he was involved in a hit-and-run at the junction of Ang Mo Kio Avenue 6 and Ang Mo Kio Street 31 on Saturday night (Sep 25).

The family of the victim is appealing for witnesses to help identify the driver of the other vehicle.

Stomper Fatyna shared with Stomp that her brother is still hospitalised.

"The doctors confirmed he had a head trauma which caused him to have a brain bleed," she said.

The family suspect the vehicle that hit her brother's motorcycle is a van, she added.

Appeal for Witness Video/Witness passerby Hit and run case. Please assist if you have video footage of this accident or...

"Thank you very much in advance!"

In response to a Stomp query, the police said they were alerted to a hit-and-run accident involving a motorcycle and an unknown vehicle at the said location at 8.17pm.

"A 24-year-old male motorcyclist was conscious when conveyed to hospital," a police spokesman said.