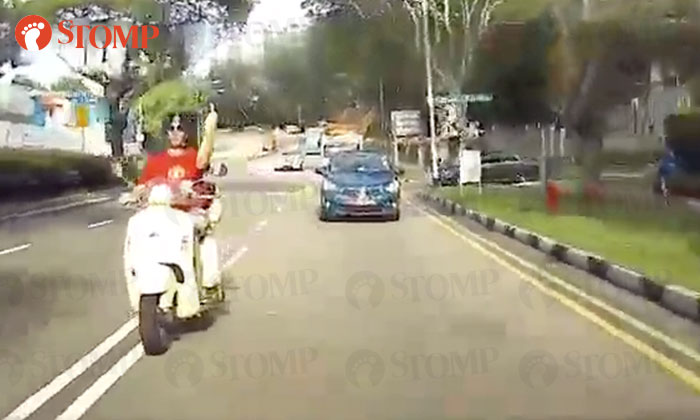 Stomper Nick was driving along Holland Road, towards Holland Flyover on Sunday (Jan 7) at around 8.50m, when he encountered a motorcyclist who flashed him the finger and proceeded to cross over double white lines.

"I had signalled left for a long time and moved in one car length in front of FBD3622R.

"However, the rider was still unhappy."

The rider then sounded his horn at him, before flashing him the finger.

The rider then violated traffic rules by crossing double white line markings on the road, which indicate that no vehicles were allowed to cross.

According to Nick, even after crossing the double white lines to the right side of his vehicle, the rider continued flashing him the finger.

"I think the rider is seriously quite egoistic and didn't like me cutting into his lane.

"Can you imagine someone flashing you the middle finger so long just for overtaking?

"This is a little ridiculous."