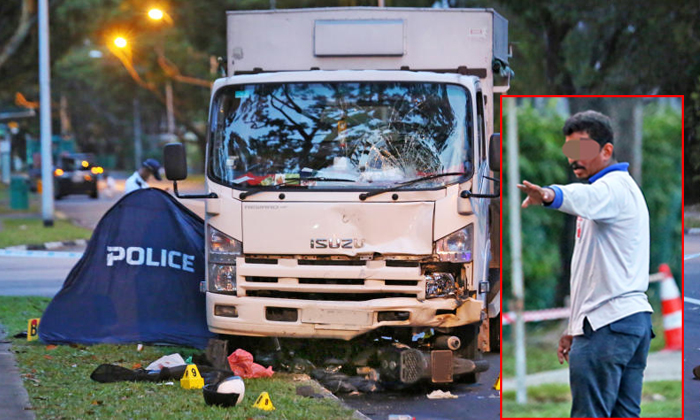 An accident involving a motorcycle and a lorry in Tuas on Saturday (July 6) left one man dead and another injured.

Responding to a Stomp query, the police said they were alerted to the accident at the junction of Gul Crescent and Gul Lane at 5.36pm.

The motorcyclist, a 64-year-old man, was pronounced dead by paramedics at the scene.

His pillion rider, a 53-year-old man, was unconscious when taken to the National University Hospital.

An eyewitness, 57-year-old Mr Cai, told Lianhe Zaobao that the lorry driver looked shocked when he exited from his vehicle.

Mr Cai, who called the police and ambulance, said the motorcyclist was lying face-down on the ground and had severe head injuries.

Related Stories
1 killed and 1 seriously injured in 5-vehicle accident on AYE
59-year-old motorcyclist dies from injuries after accident with bus in Jurong
Elderly pedestrian dies after getting run over by truck: 'I heard a scream and cracking sound'
More About:
accident
fatal accident
lorry
injured
biker
motorcyclist