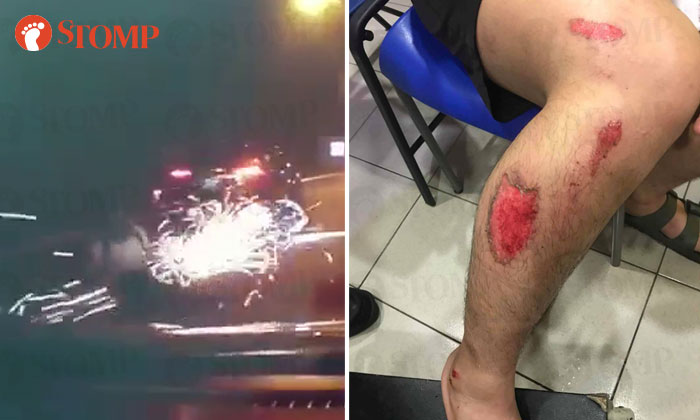 A 20-year-old motorcyclist was injured after he was involved in a hit-and-run accident along the Pan Island Expressway (PIE) towards the Bukit Timah Expressway (BKE) on Friday (Sep 7).

Desmond Chye, a Malaysian, was riding along the expressway when he was hit from the left by a black Toyota Wish.

Stomper Boo, who is a friend of the rider, alerted Stomp to the incident and shared a video of when the car hit Desmond.

In the video, Desmond is seen losing control of his bike before falling off it and rolling onto the road. Sparks can be seen as his bike skids along the road as well.

When Stomp reached out to Desmond, he said that he suffered scratches and abrasions on his right arm, hip, and leg as well as on his left hand. 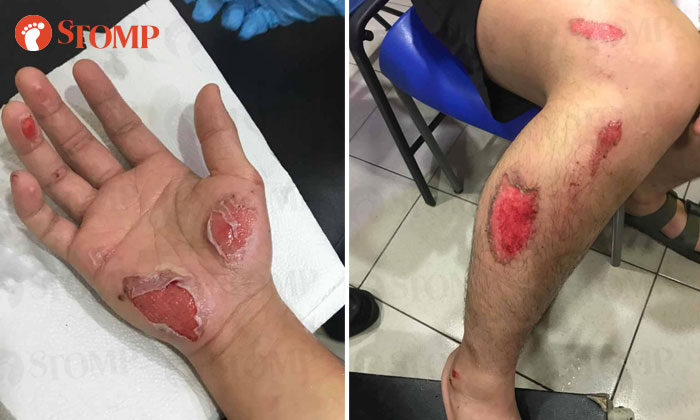 "My motorcycle suffered a bent right handlebar, scratches and damages to the fairing and exhaust and damaged right brake," he said.

According to Desmond, the Toyota driver pulled over several metres in front of him.

"He came down and checked on me but after he saw that I could walk, he quickly ran away," he said.

He added that he did not manage to note down the Toyota's licence plate number as he was too far away.

Following the accident, Desmond managed to ride back to Johor where he sought medical treatment.

Desmond hopes that by sharing this, witnesses can come forward to help him identify the driver.