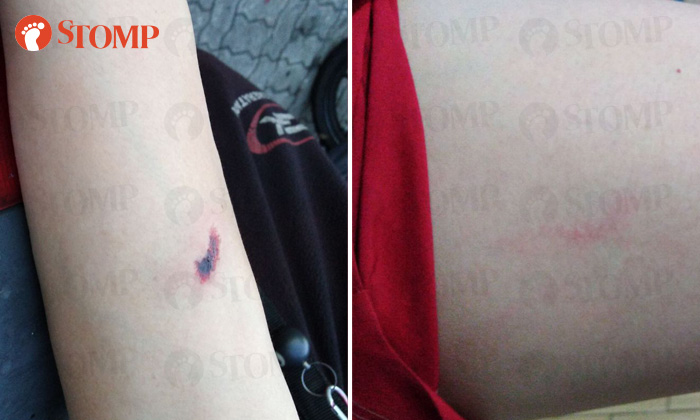 Stomper Yang is appealing for witnesses and dash camera footage of a hit-and-run incident that happened on the main road outside Balmoral Plaza at about 4.30pm yesterday (Jun 7), involving a motorcycle and a car.

Yang said that the white car involved had suddenly braked, causing the motorcyclist, which was his brother, to fall off his motorcycle upon hitting the back of the car.

The driver then alighted and asked if Yang's brother was okay but before the latter was able to answer him, the driver just "walked back to his car and drove off".

Yang said: "I am appealing for drivers with dash cameras who happened to be around that area because my brother was too shocked to react to even take any pictures or videos.

"The young driver of the white car did not even bother to help my brother who was on the ground and slightly injured. The driver also did not exchange particulars as required by the law.

"Having not much of a choice, my brother just got up and moved his bike to the side of the road so as not to block the traffic.

"I would appreciate if anyone who happened to be there is able to provide the footage so that we can find the driver. Thank you."