Motorcyclist dies after being found unconscious in Yishun, family appealing for witnesses 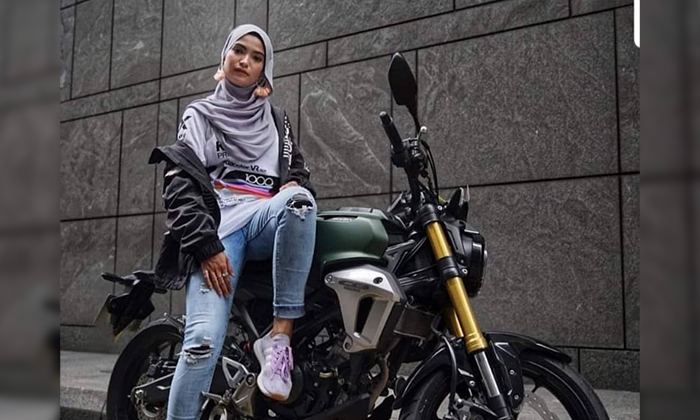 The death of a woman motorcyclist on a quiet stretch of road in Yishun ahead of her wedding next month has left her family wondering how it happened.

Though the accident happened during evening peak-hour traffic on Tuesday, no witness has come forward so far.

Her cousin, Mr Jad Hamzah, 50, a technician, said her family members are devastated by the tragedy and find it hard to accept that she could have crashed on her own.

"She got the bike about three years ago after getting her motorcycle licence, and she had always been a safe rider who used all the proper gear," he told The New Paper yesterday.

Mr Jad said Miss Fadhillah was riding home after collecting her new passport from the Immigration and Checkpoints Authority in Kallang Road for her honeymoon in Italy.

"I was at the mosque attending a class when I received a call from my sister at about 6.15pm," he said.

"She told me Fadhillah had left us after getting into an accident. I broke down and cried."

The police were informed of the accident at 5.25pm, and officers then found Miss Fadhillah lying unconscious on the road.

She was taken to Khoo Teck Puat Hospital where she later died from her injuries.

Police investigations are ongoing. TNP understands the circumstances of the accident have not been fully established.

But Miss Fadhillah's family is not discounting the possibility that she might have been a victim of a hit-and-run and are appealing for witnesses who could shed light on her death.

Mr Jad said: "We appeal to witnesses to please come forward, because we don't know what happened. I have only a video that was sent by someone when the ambulance was already at the scene."

He said he went to the scene on Tuesday night to look for witnesses but found that a construction site was the only significant landmark nearby.

Mr Jad said there were no cameras in the area, and his attempts to find witnesses from the construction site were futile.

He described his cousin as a humble and quiet girl who lived with her mother in Yishun.

"She also has a driver's licence but decided to switch to a motorcycle as driving is quite expensive," he said.

"We are very sad. Everything was prepared, the wedding was just around the corner, and she was going to Italy and Europe with her husband-to-be.

"Everyone in the family is still shocked and her fiance is heartbroken. We really hope we can find out what happened so that we can get closure."

This is the third reported accident involving motorcyclists in a week.

TNP previously reported that another female biker, Ms Ismawati Ali, had a narrow escape when she was almost hit in the face by an iron pipe or rod while riding on the Pan-Island Expressway last Thursday.

The object struck the accountant on her left shoulder, leaving her with a wound that required 12 stitches. The 40-year-old later made a police report.

On Sunday, a 25-year-old motorcyclist was involved in an accident with a lorry on the PIE at 10.10pm. He was taken conscious to hospital but died the next day.

The police said a 26-year-old driver was arrested for drink driving and dangerous driving causing death. Investigations are ongoing.