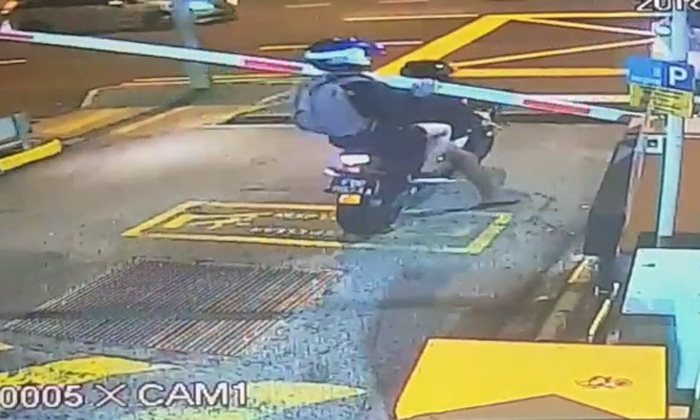 A Stomper was amused when he received a video from a friend of a pillion rider getting knocked off his motorcycle by a carpark gantry.

From the time stamp in the video, it appears that the incident occurred on 1 Sep at around 1.25am. However, it is unclear where the incident happened.

In the video he sent to Stomp via WhatsApp, a motorcycle can be seen trying to tailgate a car out of a carpark.

The motorcyclist manages to clear the gantry just in time, but his pillion rider is not as fortunate.

The gantry falls perfectly between the pair on the motorcycle, catching the pillion rider square on his chest.

The pillion rider tries to evade it by bending backwards and even holds on to it but ends up falling to the ground.

The incident also caused the motorcyclist to lose balance and fall at the kerb.

"He's trying to cheat by tailgating," the Stomper said.