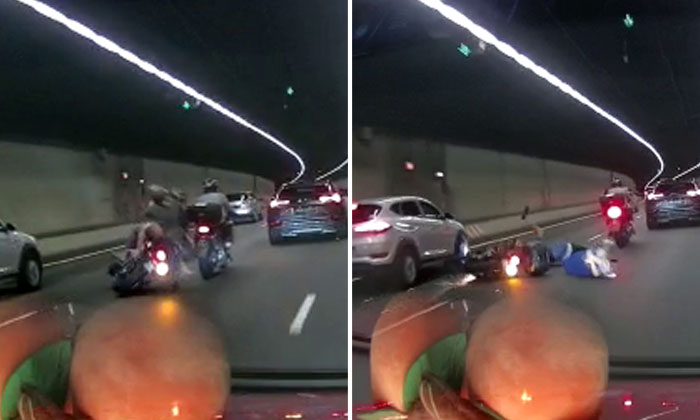 A 33-year-old motorcyclist and his pillion rider, 31, were taken to hospital after an alleged hit-and-run accident with another motorcycle in a tunnel along the Central Expressway (CTE) on July 16.

The police told Stomp they were alerted to an accident involving two motorcycles along the CTE towards the Ayer Rajah Expressway (AYE) at 8.22am.

Stomper Watson alerted Stomp to a video circulating online that shows what happened.

In the footage, a motorcycle is seen overtaking the other bike and knocking it off balance, causing the rider and his pillion to tumble onto the road.

The other motorcycle does not appear to stop and continues travelling onwards through the tunnel.

The pillion rider is able to get up and walks over to the rider who is lying on the ground as several motorists stop to render assistance.

"A 33-year-old male motorcyclist and his 31-year-old female pillion rider were conscious when conveyed to Singapore General Hospital," a police spokesman said.