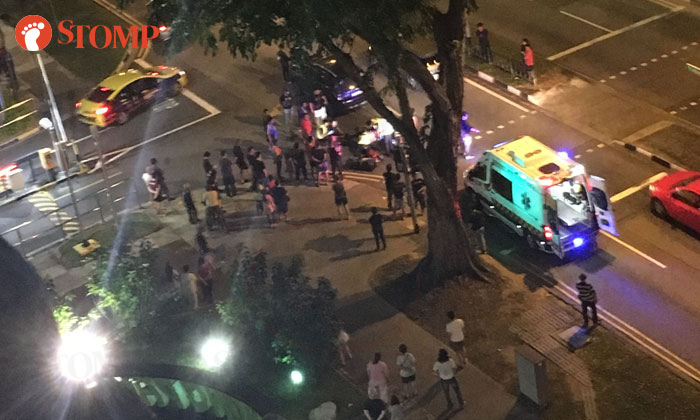 A man and woman, both aged 27, were taken to hospital after the motorcycle they were riding was involved in an accident with a car at Yishun Avene 5 towards Sembawang Road in the early hours of Saturday (Jan 5).

Stomper Gerlyn alerted Stomp to the accident and shared a photo she had taken of the scene from her home nearby.

In the photo, a small crowd had gathered around the injured parties.

The motorcycle can be seen lying on the road.

In response to a Stomp media query, a police spokesman said they were alerted to the accident at about 1am.

"The motorcyclist, a 27-year-old man and his pillion, a 27-year-old woman, were conscious when conveyed to Khoo Teck Puat Hospital," the spokesman said.