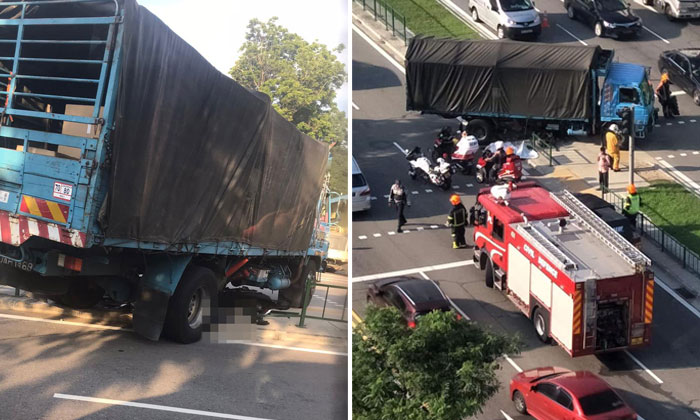 A motorcyclist and a lorry driver were killed in an accident involving two motorcycles and a lorry at the junction of Woodlands Road and Mandai Estate on Friday morning (Oct 11).

In the photos, the rider's body and a motorcycle are seen trapped under the lorry.

The lorry had also crashed into and knocked over a traffic light.

In response to a Stomp query, the police said they were alerted to the accident at about 7.53am.

One of the motorcyclists, a 53-year-old man, was pronounced dead by paramedics at the scene, a police spokesman said.

The male lorry driver was unconscious when taken to Khoo Teck Puat Hospital where he subsequently succumbed to his injuries.