Motorcyclist, 21, taken to hospital after getting hit by car at Choa Chu Kang 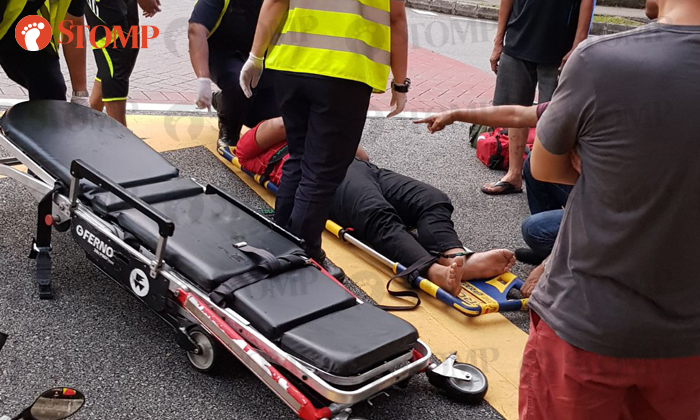 A 21-year-old motorcyclist was sent to hospital after being knocked down by a car along Choa Chu Kang Crescent yesterday evening (April 3).

Stomper Eagle, who was at the scene, contributed photos showing paramedics attending to the victim.

The victim was on a stretcher while his bike lay by the roadside some distance away.

He was conscious when taken to Ng Teng Fong General Hospital.

"I didn't see the collision but I heard a loud sound."

In response to a Stomp query, the police said they were alerted to an accident involving a car and a motorcycle along Choa Chu Kang Crescent, towards Choa Chu Kang Drive, at 6.25pm.

The Singapore Civil Defence Force (SCDF) told Stomp it responded to the accident at 6.25pm.