Motorcyclist, 20, injured after accident with another bike in Bukit Batok 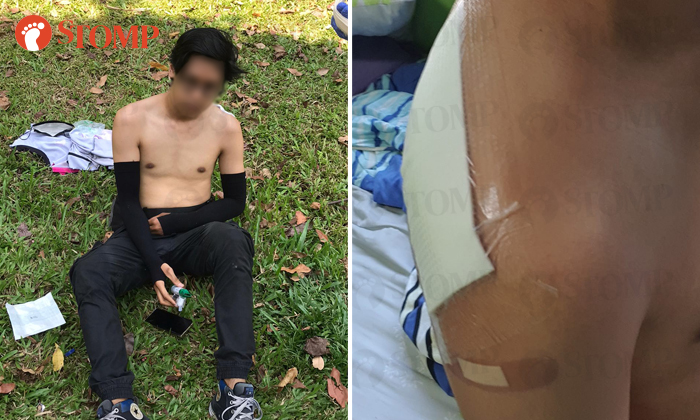 A 20-year-old motorcyclist was taken to hospital after an accident with another motorcycle in Bukit Batok on Friday afternoon (Feb 26).

The male motorcyclist was conscious when conveyed to the hospital.

Stomper Alvin Sin, a ComfortDelGro taxi driver, was passing by when he witnessed the accident and went forward to lend a helping hand.

Alvin, who called the ambulance, shared photos of the accident scene and the injured motorcyclist.

In a police report filed by the injured motorcyclist "for insurance purposes", the victim said that he fell off his bike and landed on his left side following the collision.

He recounted: "Subsequently, (the other motorcyclist) parked his bike on the roadside and asked if I was okay. I could not respond as I was in pain."

According to the injured party, he suffered slight injuries and minor damages to his motorcycle, which was towed away.