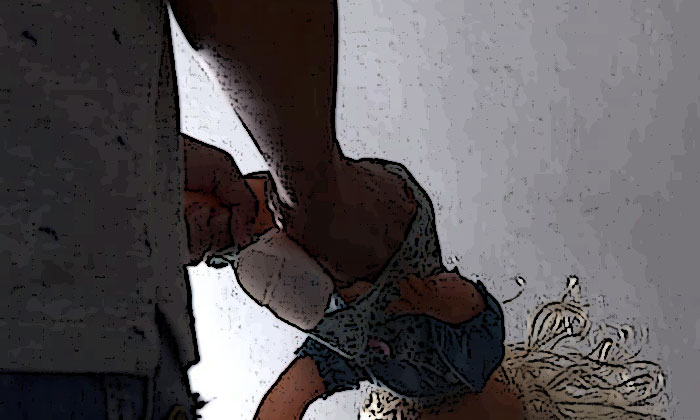 A 30-year-old woman, who lost two of her six young children to illness, was sentenced to seven years' jail yesterday for killing her fifth child by throwing the two-year-old girl to the floor twice in anger.

The housewife, who was diagnosed to be suffering from major depressive disorder at the time of the attack on April 9 last year, pleaded guilty to a charge of culpable homicide not amounting to murder.

Prosecutors told the court that because her mental condition substantially impaired her responsibility for her acts, the charge against her was reduced even though there was clear evidence for the original murder charge.

She sobbed quietly as her lawyer told the High Court in mitigation that while it was no excuse for her actions, his client struggled after the death of her two children and was unaware of her psychiatric condition.

In sentencing, Judicial Commissioner Vincent Hoong described the case as "deeply unfortunate" and said he recognised that the woman was in a difficult situation.

However, the judge noted that she had carried out an unprovoked attack on a defenceless child, and the sentencing objectives of deterrence and retribution must take centre stage.

The parties involved cannot be named due to a gag order.

The court heard that the woman suffered the death of her four-month-old baby in 2011, and lost her youngest child, an infant who was born premature, in February last year.

On April 9 last year, at the family's two-room flat, she became angry with the victim for defecating on a towel in the bedroom after her bath.

She carried the girl back to the toilet to wash up, and along the way, some faeces dropped onto the floor.

The woman scolded her daughter as she washed her, and the girl started to cry. After washing the girl up, she was further angered when the girl did not obey her instructions to go to the bedroom.

She pulled the toddler into the room and after dressing her up, lifted the girl up to shoulder level and threw her to the floor forcefully. This made the girl cry louder.

The woman then told her daughter to clean up her toys in the living room, but when she noticed the girl standing still and crying, she lifted her up again and threw her to the floor. As the girl lay on the floor, the woman kicked her.

When the child did not respond, she became alarmed and tried to resuscitate the girl.

At this time, her 41-year-old husband phoned her, and she lied that their daughter was having fits.

The girl, bleeding from the mouth, was taken to the KK Women's and Children's Hospital.

Hospital staff made a police report but the woman maintained that the toddler had a seizure and "fell out" of her hold.

On April 11, she finally admitted what she had done.

The toddler, who suffered multiple skull fractures and abdominal injuries, was declared brain dead on April 14 and taken off life support on April 17.

The woman was diagnosed with major depressive disorder by an Institute of Mental Health (IMH) psychiatrist, who said the condition had its onset before the death of her youngest child earlier that year.

"The attack on the toddler was vicious, sustained and unprovoked," she argued. "All (the victim) had done was what every two-year-old would have done, which was cry and misbehave," said the DPP.

Defence counsel Anand Nalachandran urged the court not to look at the incident in isolation, seeking a jail term of five years.

The woman was treated in 2007 when she slit her wrists, and in 2009, she was referred to IMH for attempted suicide.

"Our client was struggling under the immense agony of undiagnosed mental illness for several years after losing two children - and tragically, another child has been wrenched away," he said.

"She will bear this unimaginable pain and regret for the remainder of her days."

Mr Nalachandran submitted a letter in which her husband hoped for her return as soon as possible.