Mother and stepfather, both 26, charged with murder of 11-year-old girl in Jurong flat 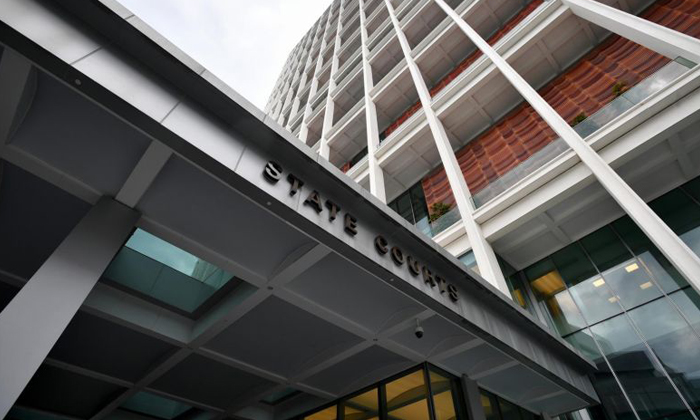 The mother and stepfather of a girl were on Thursday (Nov 12) charged with the 11-year-old's murder.

The couple, who are both 26 and cannot be named due to a gag order, appeared in a district court via video link, where they were charged with murder with common intention.

Court documents show that the couple allegedly caused the death of the girl, who is the biological daughter of the woman, between Nov 6 and 10 this year at a flat in Jurong.

In court on Thursday, the woman requested to see her three sons, and said she has joint custody of two of them with her ex-husband. As one of her children is starting Primary 1 soon, she requested for bail so she could pass some relevant documents to her ex-husband.

The accused man also requested to see his son via video link.

The district judge told them no bail was available, but said the investigation officer could assist with their requests.

Marriage records show that the couple were married in April this year. The woman's first marriage was in 2013.

The girl was unconscious when taken to Ng Teng Fong General Hospital by ambulance on Tuesday at around 11am, according to the police. She was pronounced dead at 12.40pm.

The police said they were alerted to the unnatural death around 1.20pm. Following investigations, they arrested the couple over their suspected involvement.

The couple are currently in remand, and will be back in court on Nov 19.

If convicted of the murder charge, the couple face the death penalty.

Related Stories
Mum and stepfather, aged 26, to be charged with murder of 11-year-old girl
Man who allegedly slammed baby's head against van in Yishun carpark now faces murder charge
Parents on trial for son’s murder: Mother says she was abused as a child and also by her husband
More About:
murder
child
dead
death
court